Blue Saint Productions is a fresh company based in both Sydney and Melbourne that are striving toward producing original and existing works. Joshua Robson (Les Miserables) and Damien Bermingham (Strictly Ballroom) are the founders of the company. They met each other in King Kong: Live on Stage in 2013 and discovered their passion for producing when they produced “Together We Stand” (King Kong Charity Concert). They are very excited to be putting on their inaugural production of Guilty Pleasures at Chapel off Chapel in October 2014.

Guilty Pleasures is a one-woman show that tells the story of five ordinary people driven to the act of extraordinary violence. The show explores how love, passion, jealousy, loneliness and desperation can lead us far beyond what we would ever imagine ourselves to be capable of. 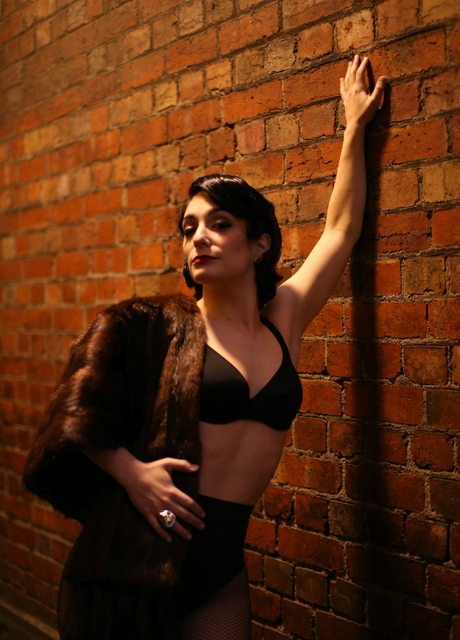 The book was written by Josh Robson and includes original music written by the up and coming duo, Hugo Chiarella (lyrics) and Robert Tripolino (music). The pair is known for their original production of DreamSong, which was recently put on as part of the Melbourne International Comedy Festival. This is what was said about their production: “Music and action are seamlessly intertwined, and Dreamsong has an engaging storyline, brought to life with dynamic acting, vocals and choreography”– The Sydney Morning Herald

Guilty Pleasures show stars Angelique Cassimatis. Angelique was a finalist in the 2013 Rob Guest Endowment Award and has most recently performed in the Australian productions of Mary Poppins and King Kong: Live on Stage. She is a pocket rocket with a massive voice and is a phenomenal dancer. Both of which will be showcased in this production. The show is set around the early 1900s and Angelique’s performance will be accompanied and underscored by a 4-piece band and choreographed by Amy Campbell.

Where: The Loft, Chapel off Chapel