Glen Street Theatre today announced an impressive line up of entertainment coming to the Belrose stage in 2015. The newly renovated theatre promises something for everyone with a diverse programme of drama, music, satire and comedy.

Company Director Margot Woodward is thrilled to bring an eclectic mix of programming to the new and improved theatre. “The Glen Street team has assembled an exciting line up of productions for 2015 and we look forward sharing these with everyone in our new theatre with its stunning new contemporary foyer and forecourt.”

Absent Friends transforms the humble tea party into a romping comedy through Alan Ayckbourn’s notoriously dark-humoured lens. Diana and Paul invite a few friends over to comfort Colin, an old friend who is recently bereaved. During the impossibly funny madness and havoc that ensues, Ayckbourn places a magnifying glass over the trials and tribulations of married life.

The Fabulous Singlettes are a playful, post-modern musical trio celebrating some of the greatest hits of the 60's and 70's. In this cabaret show, they recreate that glorious era when most of America’s female performers were staggering under the weight of extraordinary hair-dos and lashings of mascara.

THE IMPORTANCE OF BEING MIRIAM

SUMMER OF THE SEVENTEENTH DOLL

A story of love, heartache, hope and loss, “The Doll” remains one of the theatrical canon’s most moving explorations of the fading of youth and dreams. Crackling with earthy humour, this iconic Australian drama evokes the sense of possibility and simple optimism in post-World War II Australia. 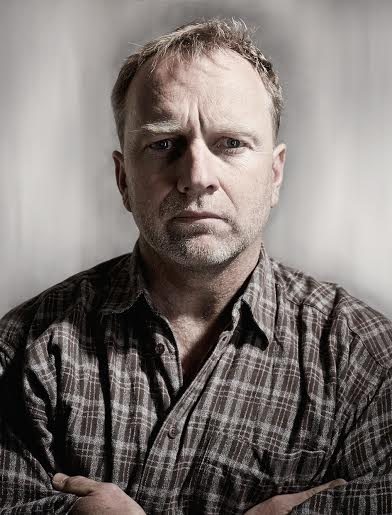 FOUR SEASONS IN ONE NIGHT

Handpicked to star in Jersey Boys by Frankie Valli himself, Bobby Fox returns to the stage to share a unique, first hand insight into the world of this legendary man and band. Sing along to favourites including "Oh What a Night," "Sherry," "Walk like a Man," "Grease," "Can’t Take My Eyes off You" and many more.

THANK YOU FOR BEING A FRIEND

Conceived and written by Thomas Duncan-Watt and Jonathan Worsley

In 2015, The Wharf Revue turns 15. Everyone is getting too old to care about birthdays, but they do care about satire. So, once more unto the political breach step Jonathan Biggins, Drew Forsythe and Phillip Scott with their signature style of seriously side-splitting satirical silliness and musical mayhem.
7 – 17 October 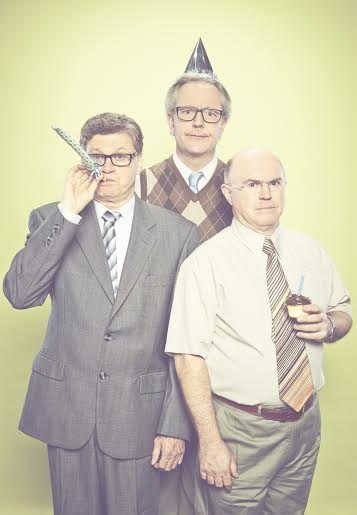 2015 MUSIC AT THE GLEN PROGRAM

Long regarded as one of Australia finest talents, Angela Ayers has had a longing to stage a tribute to an artist she's always admired, Linda Ronstadt. She weaves her way through Linda’s famous songs linking humorous stories with hits such as "Silver Threads" and "Golden Needles," "A Different Drum" and "Blue Bayou." Be entertained by some of Sydney’s finest musicians as Angela and her band, The Stoned Brumbies, pay an unforgettable tribute.

Lucille Ball won hearts as TV’s biggest star in I Love Lucy – the most popular sitcom in American history. Wacky, fearless, and totally endearing, she broke the mould for how women could behave on TV. Lucy was joined every step of the way by her real-life and on-screen husband Desi Arnaz. While her own marriage fell by the wayside, she was credited with saving the marriages of millions of Americans. Brimming with Lucy’s irrepressible spirit, acclaimed Australian theatre star Elise McCann (Mamma Mia, South Pacific) presents a tribute to a true trail-blazer with Nigel Ubrihien.

Known as Australia’s André Rieu, renowned violinist Vov Dylan brings together some of the finest string musicians he has collaborated with to perform a collection of beloved, popular classical music from Europe. These talented musicians have performed countless sold-out shows and were involved in the recording of the live album "Q," which is regularly played on radio stations across the globe.

Join The Beggars as they present a cabaret tribute to the great vocal groups and enjoy hits from Peter Paul and Mary, The Mamas and the Papas, The Seekers, The Weavers, The Bee Gees, The Chordettes, The Mariners and more.

THAT OLD BLACK MAGIC: THE SONGS OF JOHNNY MERCER

Janet Seidel returns to celebrate Johnny Mercer, the famous songwriter and founder of Capitol Records. His rich selection of songs never fails to impress, such as "Moon River," "Dream," "Tangerine," "The Summer Wind," "Skylark," "Lazybones," "Blues in the Night" and more. Along with the masterful jazz guitar of Chuck Morgan and vibrant double bass of David Seidel, Janet's vocal and piano is centre stage. Following sell-out seasons in Melbourne, Canberra and Glasgow, you’ll want to book your tickets early.

Rocket Man is a uniquely entertaining tribute to Sir Elton John. The concert spans Elton’s first hit song to his music for The Lion King and features the intriguing and often hilarious stories behind his songs.

Following a sell-out concert in 2013, Danielle Everett returns by popular demand. She’s performed at The Sydney Entertainment Centre, The Lord Mayor’s Carols by Candlelight in Brisbane, the Closing Ceremony of the Manchester Commonwealth Games, Taronga Zoo Series Concerts and Jupiters Casino on the Gold Coast alongside Hugh Jackman.

Her theatrical credits include playing the lead role in Phantom of the Opera, the role of Zelda Zanders in Singing in the Rain and performing the lead in Hair the Musical.

Celebrate Valentine’s Day weekend with a special concert featuring international violinist Vov Dylan and his Quartet as they perform a collection of romantic movie melodies followed by a screening of one of the most celebrated romantic films of all time, Sleepless in Seattle starring Meg Ryan and Tom Hanks.

Enjoy a supercalifragilisticexpialidocious afternoon with the family. Kids of all ages will be thoroughly entertained as Vov Dylan and his Quartet play the magic music of years gone by, followed by a special screening of Mary Poppins starring Julie Andrews and Dick Van Dyke.

THE LIFE AND MUSIC OF SCOTT JOPLIN

For fifteen years, Scott Joplin composed music unlike any ever written. The piano playing public clamoured for his music, newspapers and magazines proclaimed his genius and musicians examined his scores with open admiration. Hear his story as narrated by the character of John Stark, the music publisher who published Joplin’s first song "Maple Leaf Rag" in 1899 and strongly supported him during his all too short career.

Starring Craig Mitten and his Ragtime Ensemble with Stephen Grant

If Shakespeare were alive today, commercial genius that he was, he’d be writing blockbuster musicals – which is exactly what Broadway Bard has him do. Each famous soliloquy is topped by the Broadway showstopper he would love to have written.

‘TIL THE BLACK LADY SINGS

Renowned soprano and composer Deborah Cheetham AO shares her unique story of the journey to discover her belonging. Building on her acclaimed works, White Baptist Abba Fan and Pecan Summer, ‘Til the Black Lady Sings is storytelling at its most intimate and personal. With music by Catalani, Cilea, Dvořák, Puccini, Richard Strauss, Vaughan Williams, Cheetham and accompanied by pianist Toni Lalich, this is one special music event you won’t want to miss.

Critically acclaimed performer Catherine Alcorn returns to Glen Street for two hilarious nights only as The Divine Miss Bette. Guaranteed to warm the coldest of Christmas nuts, Catherine and her band The Merry-Ments promise to jingle your bells and tickle your turkey as they perform all of the divas greatest hits and your favourite carols.

The Importance of Being Miriam $95 – $49, single tickets on sale now

Midsumma at the Butterfly Club