Getting to know Lisa McCune

Lisa McCune is probably best known to the Australian general public as Constable Maggie Doyle from Blue Heeers. It established McCune as Australia's golden girl, with four Gold Logie awards to prove it and it's a role that has only been a help and not a hindrance. McCune is very grateful for the role that launched her career. She feels she has been in the right place at the right time and her audience appeal as Maggie Doyle gave her a leg-up into the world of musical theatre. 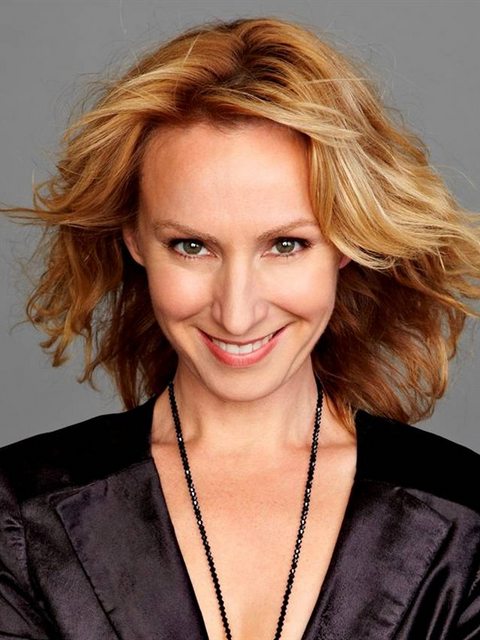 As a graduate of WAAPA with a BA in Music Theatre, McCune had always dreamed of performing on the stage. She recalls seeing Cats and Les Miserables as a teenager and feeling very moved by the performances. She thought in a time when television and film is so popular, it is quite amazing to feel moved by being in the audience of a theatre and she decided she wanted to do that too. With a string of principle roles behind her, McCune has now certainly established herself as a leading lady of theatre.

Interestingly, the one role she has always wanted to play is her current one: Anna Leonowens in The King and I. It's a role that has quite a large amount of dialogue when compared with other musicals, and yet she still has to transition into songs in a way that appears seamless. It's something she feels the great musical theatre performers can do well.

McCune always loved The King and I as a child. It's a story that captured her imagination as a very stunning and visual piece of theatre, with a beautiful soundtrack. She feels it is a musical that has lasted through the years and is known and loved by all generations. Her attraction to the role of Anna is that she is a character of great substance. It's a role that McCune has approached as a great challenge, saying, “It's like climbing a mountain starting a character because you want to do it justice.” If the reviews of the Brisbane season are anything to go by, McCune has certainly succeeded. 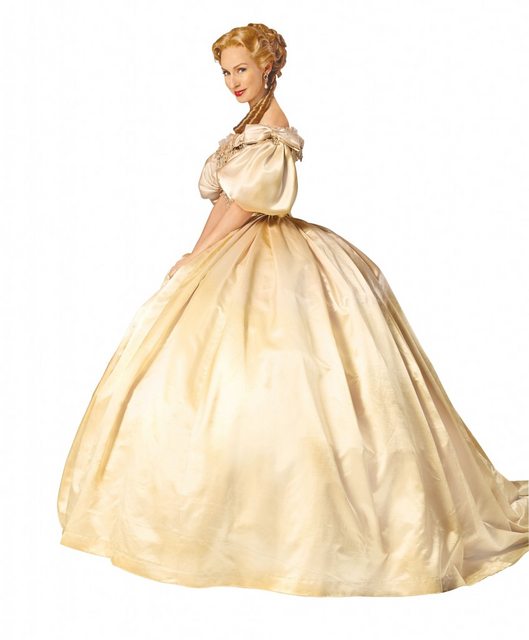 Anna Leonowens is quite a contrast to most of McCune's previous roles. Usually her costumes have been uniforms (South Pacific, Sea Patrol, Blue Heelers) or a nun's habit (Sound of Music.) The King and I has McCune in the most lavish costumes, superbly designed by award winning costume designer Roger Kirk. McCune describes the era as a very beautiful and elegant period for women, although not necessarily the most comfortable! She laughs that by the end of the show she'll be looking enviously at the more comfortable Thai dresses being worn by other cast members.  However, it's all worth it when she appears on the stage in those beautiful gowns and audience members jaws drop in gasps of delight. Indeed, The King and I is certainly a lavish spectacle. McCune knows the importance of the visual impact of a show. She recalls that when she first saw Cats as a child it was the visual impact of the cats and their make up that she remembered the most.

McCune comments that there's a certain romance about The King and I that she enjoys about this show. It's a show that grandparents can take their grandchildren along to see and remember that special moment for years to come. For McCune it is wonderful to be part of that experience. 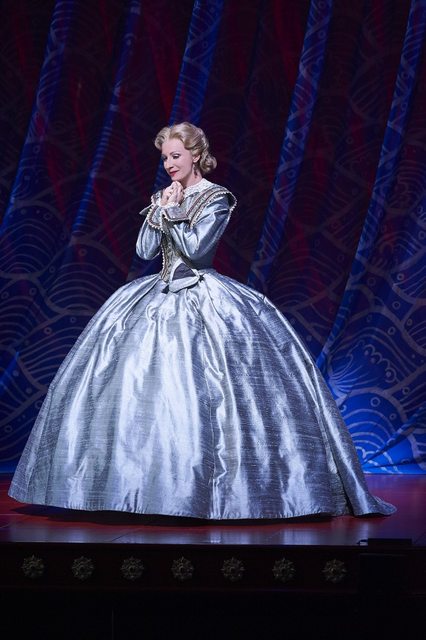 McCune is very reflective about her life experiences. Now that she is in her forties, she is able to look back and feel satisfied that she has tackled some great things. She admits she'd like to tackle some of them again, but knows there is still a lot more yet to achieve. She works in an industry where she never stops learning. Over the years she has been fortunate to work alongside some great performers who have inspired her in her craft: Pamela Rabe, Ruth Cracknell, Helen Morse, John O'May and John Wood to name a few.

In the genre of television and movies, actors can perform a scene over and over until it is right, then move on and never need to repeat it. In the world of live theatre, an actor is performing the same piece performance after performance, eight shows a week. I asked McCune how she remains fresh in the world of theatre. She explains the audience keeps it fresh for her. Every performance is a new audience and the language and chemistry between the performer and audience is different in every show. A Tuesday night audience is very different to a Saturday night audience and so there is a different dynamic in the room. Although she is doing the same material, no two performances are ever exactly the same. She said she might know where a laugh might fall, but sometimes she might play with that laugh and get a different reaction. She also acknowledges it is important to not simply rely  on memory and become lazy. McCune says it is important not to to do a gag the same way each night just because you know you are going to get a reaction or you risk not staying fresh. McCune likes to consider her co-star is more important than she is, which leads to the establishment of a good working dynamic. Her longest season was seven months with The Sound of Music and she feels that was long enough!  The shorter seasons in different cities with The King and I are perfect for McCune.

In preparing for this role of Anna Leonowens McCune has done a lot of reading, going back to the original book to learn more about Anna herself. What she hasn't done is watch past performances of the stage version because she feels she is somewhat of a mimic. Helping to keep McCune fresh in this role will be the fact she has a different set of child casts in each state – two in Queensland and New South Wales and three casts in Victoria – and two different leading men: Teddy Tahu Rhodes (Brisbane and Sydney) and Jason Scott Lee (Melbourne.) McCune feels when she's not on stage performing she's rehearsing with all the new cast members! 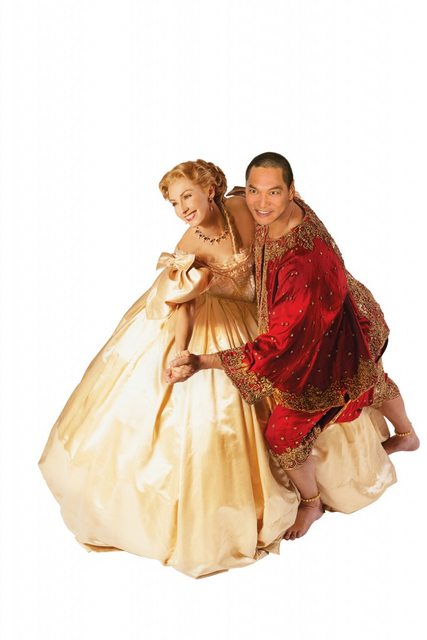 So with a swag of Gold Logies, a household name and an enviable list of iconic leading roles in musical theatre, has Lisa McCune “made it?” She responds with a most definite "no!" McCune has had her setbacks. She talks of Cabaret, which she still feels was a really successful show, and the television series Reef Doctors which she describes as a beautiful show with what she thought was a good future that simply never managed to find its feet in time. McCune acknowledges it's good to have those sobering moments to bring you back to reality in this business and ensure you never rest on your success. McCune doesn't envisage trying out for Broadway or the West End – feeling that the time for this has passed. However, she also acknowledges that the best in the world are choosing to come and work with Australian casts.

Throughout our conversation McCune refers to her family and it is very clear her family are important to her – so how does she juggle the demands of motherhood and a professional stage career?   McCune says she tries to bring her kids along to things as much as she can – whether that's a launch event or a performance. She hopes that if they can see what Mum is doing then they can have ownership of it as well to a certain degree. Despite the fact her career can take her away from her family at times she feels she is a better mum for working. McCune says she doesn't play tennis or do pottery – she works. Her work is her hobby and it's what she loves doing, adding, “Fingers crossed they'll turn out okay!” McCune says she encourages her children to find something in life they are passionate about and to pursue that – whatever it might be.

As for the future – are there other roles McCune would like to play? Well, she says she has never done any Shakespeare and thought perhaps she should give Mr Bell a call in Sydney. ("Mr Bell" of course being John Bell of Bell Shakespeare.) I have no doubt McCune would be just as successful in a Shakespeare play as she is in her current role dancing round the stage in a gorgeously billowing gown. For now – there is still much more of The King and I left to perform.

The King and I opens in Melbourne on Thursday 12th June and will then tour to Sydney.

For more details and tickets go to www.thekingandimusical.com.au

Alex Rathgeber and guest stars set for May release.

Something to shout about…

Seth Bloom: Acrobuffos set to fly into the Arts Centre