CASTING ANNOUNCED FOR THE AUSTRALIAN PRODUCTION OF

The first cast announcements for Matilda The Musical have been made. They are (in alphabetical order), Marika Aubrey (Mrs Wormwood), Daniel Frederiksen (Mr Wormwood), Elise McCann (Miss Honey) and James Millar (Miss Trunchbull). 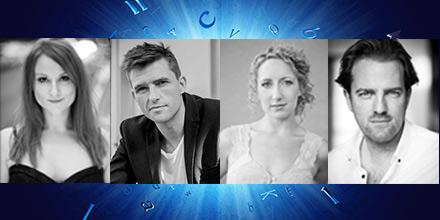 The complete Australian Cast, including the four young actresses sharing the role of Matilda, will be announced next month.

The winner of over 50 international awards, including 12 for Best Musical, Matilda The Musical will make its Australian Premiere at Sydney Lyric Theatre from July 28, with tickets currently on sale from Ticketmaster for performances through to October 25.

Matilda The Musical is based on the beloved novel by best-selling author Roald Dahl (Charlie and the Chocolate Factory, Fantastic Mr. Fox). It is the story of an extraordinary little girl who armed with a vivid imagination and a sharp mind, dares to take a stand and change her own destiny.

Having proven an enormous success in London’s West End and on Broadway, where productions continue to play to packed houses and capture the imagination of young and old alike, Matilda The Musical is the most-anticipated theatrical event of 2015.

Matilda The Musical is directed by Tony Award® winner Matthew Warchus (God of Carnage), who helms this production with a book by Tony Award®-winning playwright Dennis Kelly and music and lyrics by Australian Tim Minchin.

Matilda The Musical was commissioned by the RSC and played to sold-out audiences at the Courtyard Theatre in Stratford-upon-Avon for twelve weeks from November 2010 to January 2011. It transferred to London’s West End on Tuesday 25 October 2011 where it opened to rave reviews.

Sweeping the board at the 2012 Laurence Olivier Awards, winning a record-breaking seven awards, Matilda The Musical has gone on to take Broadway by storm, winning four Tony Awards® and a Tony Honor for Excellence in the Theater for each of the four girls sharing the title role.

Matilda The Musical will be produced in Australia by the Royal Shakespeare Company, Louise Withers, Michael Coppel & Michael Watt with André Ptaszynski and Denise Wood as Executive Producers.

The Royal Shakespeare Company, Louise Withers, Michael Coppel & Michael Watt today announced four of the principal cast for the Australian Premiere Season of Matilda The Musical, which commences performances from July 28 in Sydney.

The Snail And The Whale