MUST DEPART MELBOURNE ON DECEMBER 2OTH

LES MISÉRABLES has been wowing audiences since it premiered in Melbourne in June this year.  However the iconic production must close on December 20th before storming barricades in Perth and Sydney next year. Final tickets are now on sale.

Hailed by Australian critics as “a theatrical triumph”, this new production of the much-loved blockbuster musical features glorious modernised staging, orchestrations and dazzlingly reimagined scenery inspired by the paintings of Victor Hugo. “Uncommonly raw” and “strikingly intense”, this new version of LES MISÉRABLES is not to be missed. Audiences that have seen the show in the past, have never seen it like this, in what critics proclaim, “Exceeds the original”.

“Powerful and enduring … will hold a new generation of fans in thrall.” The Age

“An ensemble of star quality.” The Australian

“The stunning original has now been surpassed … five stars.” Time Out

Cameron Mackintosh has assembled an extremely talented cast for this brand new production of LES MISÉRABLES consisting of some of Australia’s brightest stars Simon Gleeson, Hayden Tee, Patrice Tipoki, Lara Mulcahy, Trevor Ashley, Kerrie Anne Greenland, Emily Langridge, Chris Durling and Euan Doidge.  Australian critics have been unanimous in applauding the gifted cast who night after night superbly deliver the classic songs “I Dreamed a Dream”, “On My Own”, “Stars”, “Bring Him Home”, “Do You Hear the People Sing?”, “One Day More”, “Empty Chairs at Empty Tables”, “Master of the House” and many more.

This acclaimed new production is playing at Her Majesty’s Theatre until December 20th 2014, do not miss the opportunity to experience the emotional power and spectacle of LES MISÉRABLES before it departs Melbourne. 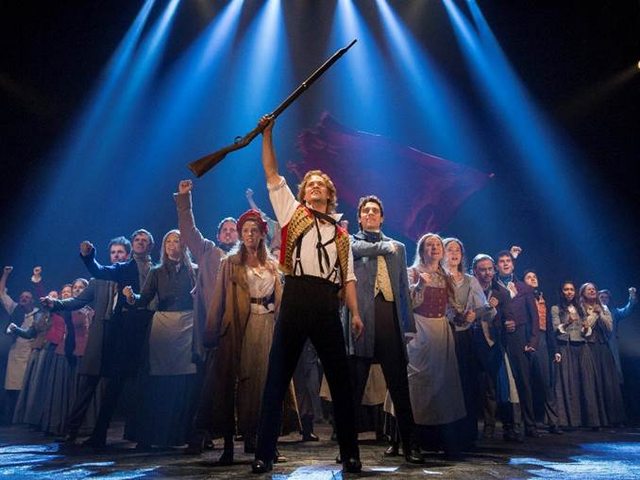 Richard O’Brien to join the cast of The Rocky Horror Show!