Everybody Loves Lucy comes to NSW 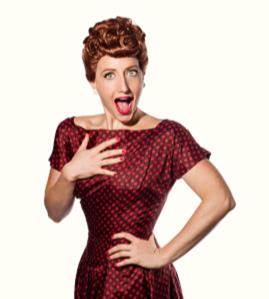 How do you take the life of one of the largest and most influential figures of American television history, and represent it on stage in a one woman show?

For Elise McCann, Lucille Ball was something of a lifelong hero, but it took a friend's out-of-the-blue suggestion on the eve of what would have been Lucille Ball’s 100th Birthday for the Lucy that everyone loves to become the focus of a new one-woman show. With an American father, reruns of I Love Lucy were a feature of her childhood and unsurprisingly came to be part of McCann’s own comic sensibility. When discussing Lucille Ball’s history with McCann, her passion for the famous comedian comes bursting through.

“I just used to think she was amazing,” says McCann, “I used to think I knew a lot about her, but it wasn’t until I really started researching her that I became a true, true fan.” McCann had always imagined that Lucille Ball was like her character of Lucy Riccardo, but discovered how different she was in real life from her warm, charming character in the writings that recounted the actress's life. “They used ‘hard-nosed’ a lot to describe her, and she was a real perfectionist. Very dedicated, very focused, and I think some of the terminology used to describe her were probably coloured by the fact that this was the 1950s and we’re talking about a woman of power, which was quite strange.” 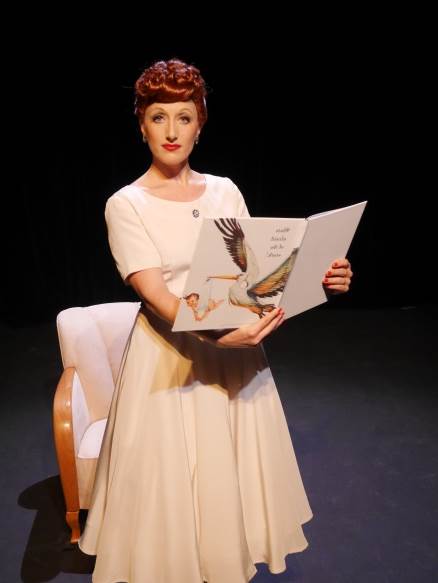 In discovering more about Ball’s perfectionist, slightly control-freak ways, McCann says she found some common ground that helped her identify with the TV Icon. “It helped me see her as more of a complex character, and I realised that there was a story there to share with an audience that that they might not already know.” It was not just gender expectations that she fought against, but originally studios wanted nothing to do with it because no one thought audiences would believe an American woman would have a Cuban husband.

It is this story of how I Love Lucy came to be that pioneered whole new elements of the television industry as Lucy and Desi refused to be told no, and ended up starting their own production company in order to film in front of a live audience, shoot on film, and use multiple cameras, features of shooting a comedy that all became standards of sitcoms on television and changed the face of the entertainment industry in the 20th century.

But how to reflect all of that in a one-woman show? “This show is a fully scripted 65-70 minute show… and I switch between playing Lucille Ball and another character who is a 1950’s housewife and is used to reflect the impact that I Love Lucy was having on society at the time”. As well as the ground breaking nature of its production, I Love Lucy was also a pioneer of content, being the first show to talk about issues like pregnancy. “It’s like a bio-pic that starts in 1951 with the start of I Love Lucy, and we finish when Desi and Lucy’s marriage breaks up in 1960. Lucy’s life is so huge, and she did so much more after I Love Lucy… that we had to narrow it down and decided to focus on the most iconic years.”

Another choice made in the production that might interest fans of Lucille Ball is the decision to write the play as a musical. One common trope of Lucy’s comedy was the fact that she cannot sing, and yet McCann, who studied musical theatre at NIDA, is most at home using music to communicate with an audience. “BUT we were talking from day dot, asking ourselves ‘how are we going to do this’?!?” In a sense the problem was its own solution, with the musical numbers being used to explore the character’s inner life and thoughts about situations in the style of musical comedy, and developing her private moments away from the camera. 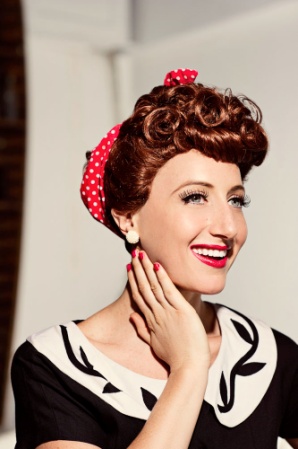 eveloping the speaking voice for the character also took time in rehearsal. “It actually took me a lot of work to find a voice for Lucy. She has a really low voice, and I’m naturally very high, so it took a lot of practice to drop my register, and she contrasts with the other character who sings in a much higher voice to differentiate the character.” While primarily a one-woman show, McCann shares the stage sometimes with musical director Nigel Ubrihien, or in current performances with Anthony Harkin, who plays the piano and occasionally steps on stage as Desi. “So much work has gone into replicating the beautiful banter between the two characters.”

So combined with reproductions and reinterpretations of classic Lucy sketches, a dedicated eye to detail in researching the character’s life, and a passion for comedy and performance, Everybody Loves Lucy promises a mix of nostalgic homage, musical style and classic comedy that combines 1950s glamour with slapstick, zany physical gags and wordplay and language that if a real gift for audiences, whether they are fans of the original show, or are encountering Lucy for the first time.