EVERY SINGLE SATURDAY TO PLAY THEATRE ROYAL AND TOUR

Every single Saturday morning, parents everywhere make the weekly trip to the sports field to watch their kids play sport. Every Single Saturday is an hilarious and moving musical about four parents whose only common ground is the football field where their kids play on Saturdays. Featuring more than sixteen original songs, dynamic dancing, plenty of laughs and a few tears, this heart-warming and romantic new Australian musical comedy celebrates the pain and the passion – the oranges and the lemons – of being a parent on the sidelines. It explores the ambitions and dreams every parent holds for their child and what happens when those dreams go unfulfilled.

Writer and composer Joanna Weinberg (12 Shoes, The Unbearable Lightness of Fleeing, Piano Diaries and the soon to be released musical film Goddess) has created four football parents with four very different agendas. There’s Neil, an aloof orchestra conductor, unaccustomed to the pressures of being a father to his estranged son and completely out of place in the suburban environment; Sandy, a hard-driven working class fitness freak trying to avoid her struggles at home who believes her new idea – Babedance – a combination of pole-dancing and belly-dancing will become the next dance craze; Liz, a well-educated North Shore mum trying to rebuild her life as a single parent; and the team’s coach, Carlo, an Italian soccer dad reliving his days as a former sports hero.

Every Single Saturday will play the Theatre Royal from February 29 for a limited season. Tickets for this season go on sale this Saturday 17 December. 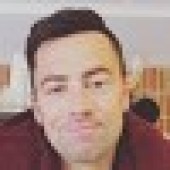 Live at the Bowl is back!