Elphaba flies into Sydney for WICKED

WICKED LANDS IN SYDNEY FOR SUMMER

The Wicked Witch of the West from the award-winning musical theatre blockbuster WICKED flew into Sydney today, ahead of the first performance at the Capitol Theatre on September 20 and an exciting summer season. Landing by helicopter at Macquarie lighthouse at South Head, Elphaba ‘The Wicked Witch’ was greeted by the Winky Prince Fiyero, munchkin Boq and citizens of the Emerald City in Oz. 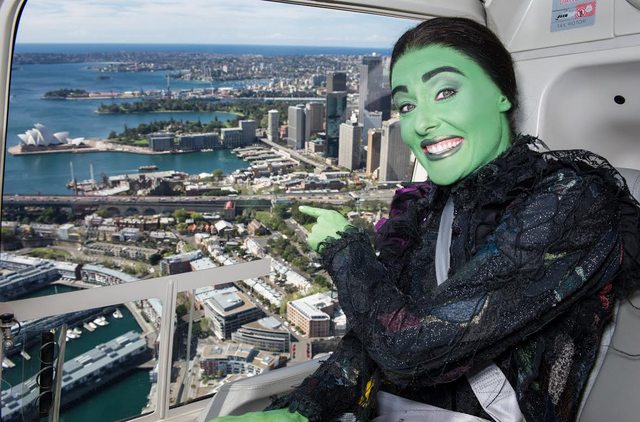 Broadway’s #1 show for an unprecedented ten consecutive years, WICKED has been declared “A Cultural Phenomenon” by Variety and “The Best Musical of the Decade” by Entertainment Weekly.

WICKED Australia Co-Producer John Frost said, “We are thrilled to bring WICKED back to its home at the Capitol Theatre in Sydney as part of the 10th Anniversary tour of this Broadway blockbuster. Sydney locals and visitors flocked to WICKED during the last season, and the extraordinary advance sales prove they can’t wait to see it again. WICKED is a musical phenomenon; it has been seen by over 40 million people worldwide and regularly grosses in excess of US$1.8 million each week on Broadway. It is truly a once in a lifetime experience”.

“I encourage everyone to come and see WICKED while you can and take the time to check out the many other fantastic events and attractions on offer over summer in Sydney,” Mr Stoner said. “For more information about the events on offer in Sydney and Regional NSW please see the Sydney and NSW events calendar,” he said. 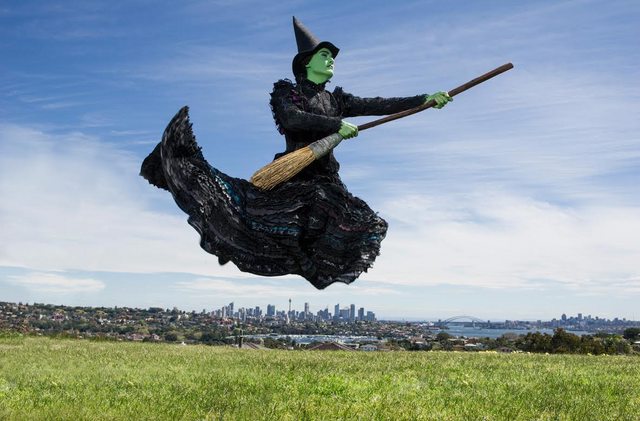 This 10th Anniversary tour of “one of the most successful shows in Broadway history” (The New York Times) stars Lucy Durack as Glinda and Jemma Rix as Elphaba, both reprising the roles which shot them to stardom during the original Australian tour. Starring in the role of the Wizard is Australian musical theatre icon Reg Livermore. Joining the WICKED Company in his first musical theatre leading role is Steve Danielsen as Fiyero, while doyenne of stage and screen Maggie Kirkpatrick returns as Madame Morrible. The role of Nessarose is played by newcomer Emily Cascarino, while Edward Grey plays Boq and Glen Hogstrom is Dr Dillamond.

When WICKED opened on Broadway, it worked its magic on critics and audiences alike. Winner of over 90 major awards including the Grammy Award, three Tony Awards and six Helpmann® Awards including Best Musical, WICKED is the untold story of the witches of Oz. Long before Dorothy drops in, two other girls meet in the land of Oz. One, born with emerald-green skin, is smart, fiery and misunderstood. The other is beautiful, ambitious and very popular. WICKED tells the story of their remarkable odyssey, how these two unlikely friends grow to become the Wicked Witch of the West and Glinda the Good.

Based on the novel by Gregory Maguire, WICKED has music and lyrics by Stephen Schwartz, and a book by Winnie Holzman. The production features musical staging by Wayne Cilento and is directed by Lisa Leguillou, based on the original direction by Joe Mantello. WICKED is produced by Marc Platt, Universal Pictures, The Araca Group, Jon B. Platt, David Stone and John Frost.

Once Upon a Mattress

WIN a Double Pass to A CHORUS LINE – Sydney

Take a Peek Behind the Curtain: Everything You Need to Know About Investing in Theatre