ELEGIES: A SONG CYCLE is a celebration of life and music written by multi Tony Award winning composer and lyricist William Finn (25th Annual Putnam County Spelling Bee, Falsettos, Little Miss Sunshine). It commemorates the lives of people both real and fictional with rousing theatricality and unforgettable songs. From Finn’s friends, to his mother, to his dogs, to the victims of the World Trade Centre collapse, these characters and their stories will enchant and enrich your spirit in this stunning masterwork that celebrates the human experience and life’s infinite joys.

This one night only performance will feature five outstanding musical theatre performers. EDWARD GREY who is currently performing as Boq in the 10th anniversary tour of Wicked heads up the cast with his fellow Wicked castmate JOHN O’HARA. Joining them from the new production of Les Misérables is NAOMI LIVINGSTON, along with well-established performers MARTIN CROFT (Jesus Christ Superstar, Miss Saigon) and ANNE WOOD (Mamma Mia!, Dirty Rotten Scoundrels). The director will be STEPHEN WHEAT (Pippin) with VICKY JACOBS (Motherhood The Musical) providing musical direction. The producer is EDWARD GREY.

William Finn's ELEGIES: A SONG CYCLE is a heartfelt, often moving celebration of life. In songs about people who have departed this world, Finn writes about what made them all special, and illustrates why, as one of his songs puts it, "life has infinite joys." ELEGIES is an uplifting show. Finn's lyrics have bite and wit, and always emphasize happiness, not mourning. 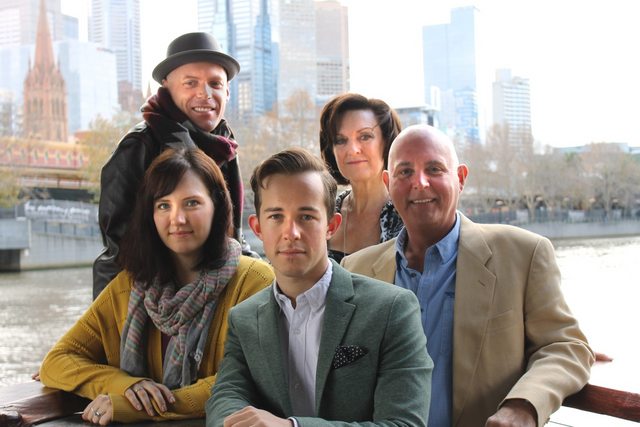 Producer Edward Grey states “This show is deceptively intricate for a song cycle. We are all playing real people from the composer’s life and it’s an honour to bring those people to life. I fell in love with the piece before I ever went to New York but then once I went there, I saw and heard so much of the piece in that city.”

"If you’re looking for a piece of musical theatre that will treat you with respect and earn your admiration from honesty, not effects, then take yourself to see Elegies. Yes, it’s that good." – Richard Ouzounian, Theatre Critic, The Star (March 2014).

Theatre Works to Close Until May

Reviewing The Situation comes to Chapel Off Chapel