An Evening With ELAINE PAIGE 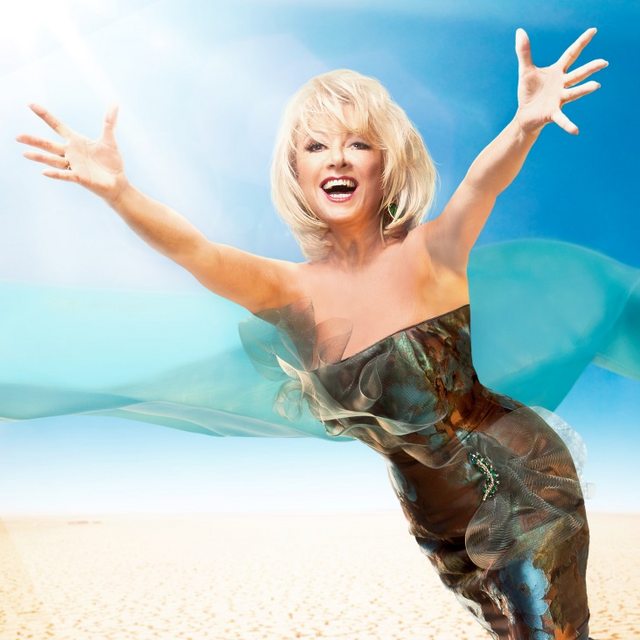 Elaine Paige OBE, the internationally acclaimed “First Lady of Musical Theatre”, brings a set list of much loved signature hits from award winning Broadway and West End productions to the South Pacific on the Radiance of the Seas inaugural Bravo Cruise of the Performing Arts in November, then Sydney and Melbourne in December.

Elaine is performing in concert mode on the high seas with The Metropolitan Orchestra and the Broadway Orchestra (both guided by Maestro Guy Noble) at the State Theatre Sydney on Friday 5 December and the Arts Centre Melbourne, Hamer Hall on Saturday 6 December, with Special Guest Tommy Fleming.

A major contributor to the modern musical, Elaine starred as the original Evita Peron in Evita and Grizabella in Cats (with a #1 hit for Memory), Hair, Jesus Christ Superstar, Grease, Billy, Chess (#1 hit for I Know Him So Well with Barbara Dickson and the biggest selling record by a female duo), Anything Goes, Piaf, Sunset Boulevard, The King & I, Sweeney Todd, Follies, The Misanthrope, Where There’s A Will and The Drowsy Chaperone.

As a recording artist, Elaine has released eighteen solo albums of which nine have consecutively certified Gold and four certified multi-Platinum, and contributed to a further seven cast albums and the #1 Secret Garden multi-Platinum album, "The Things You Are To Me."

She has dazzled during many prestigious appearances at the White House, Great Hall of the People in Beijing, the Bolshoi, Carnegie Hall and Sydney Opera House (filmed for the DVD celebrating 40 years on stage), and sold out venues the world over.

Television work includes Royal Variety Shows, her own specials and joining Susan Boyle for I Dreamed A Dream: The Susan Boyle Story, a cameo in the BBC comedy, Beautiful People, and roles in Agatha Christie’s Ms Marple and Where The Heart Is.  Elaine is also in her tenth year of presenting the popular BBC Radio 2 program, Elaine Paige on Sunday, which delights listeners each week with music from theatre and film.

The Special Guest is “The Voice of Ireland”, Tommy Fleming whose beautiful interpretations of contemporary and classic songs inspired Eric Clapton to credit Tommy with “The best version of Danny Boy – bar none”.

Don’t miss your magical experience with Elaine Paige, a mega-star of stage and screen celebrating her fifty year career with The Metropolitan Orchestra at sea and in Australia, The Broadway Orchestra and special guest, Tommy Fleming.

Tickets are on sale NOW.

ELAINE PAIGE WITH THE BROADWAY ORCHESTRA

Lost by strangers and found by degrees: an evening of intrigue on Flinders Lane