Edward Grey and the show idea from You Tube

Edward Grey is probably best known to theatre audiences as the unlucky-in-love munchkin, Boq, from the hit musical WICKED. During his days off from the Emerald City and land of Oz, Grey has been busy producing and rehearsing for a one-off performance of Elegies: A Song Cycle.

Written by multi Tony Award winning composer and lyricist, William Finn (25th Annual Putnam County Spelling Bee, Falsettos, Little Miss Sunshine,) Elegies is described as “a celebration of life and music. It commemorates the lives of people both real and fictional with rousing theatricality and unforgettable songs. From Finn’s friends, to his mother, to his dogs, to the victims of the World Trade Centre collapse, these characters and their stories will enchant and enrich your spirit in this stunning masterwork that celebrates the human experience and life’s infinite joys.”

In 2007, Grey first came across one of the songs from the show, Anytime, on a You Tube clip. Grey was living overseas at the time and immediately connected with the song, realising it brought a great sense of comfort. Wanting to know more, he investigated where the song had originated from and discovered the works of William Finn. Grey immediately knew he wanted to perform this wonderful piece of theatre one day. Some of the show centres around the tragic events of 9/11, and during recent trips to New York, Grey felt the time was right to introduce Melbourne audiences to this beautiful song cycle. Now, seven years later, that dream will finally come true on Monday night when Elegies: A Song Cycle premieres at the Bennett's Lane Jazz Club in Melbourne. 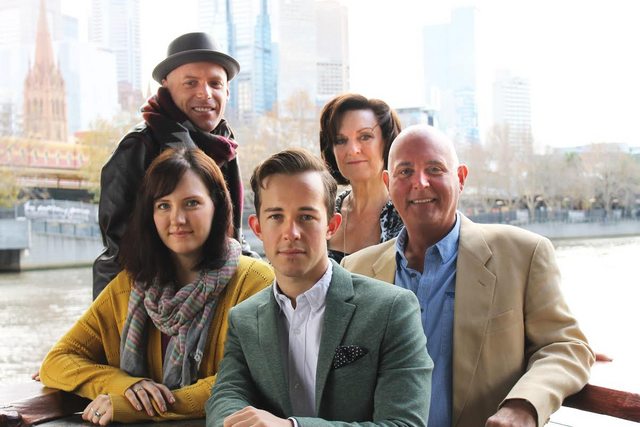 Fresh from a rehearsal for Elegies: A Song Cycle, Grey comments on the amazing voices of the cast. Indeed, audiences will be treated to hearing Grey himself showcase his vocal talents beyond what his current role of Boq allows. While Grey acknowledges that performing this song cycle does provide an avenue for performers to showcase their talent, that is not the purpose of producing this work. Grey says he loves to sing, and has always wanted to perform these particular songs – and feels if anyone is prepared to listen to him, then that's a bonus!

Grey says the show will speak to everyone: it's about relationships. The songs poignantly paint a rich tapestry of people and relationships. He describes the music as sounding contemporary musical theatre in style. Short vignettes set the scene and allow the performers to really zone into their characters.

Grey is aware that some audience members may not be familiar with the format of a song cycle and explains that the songs are all linked by a theme but not necessarily narrative driven. He hopes that audience members who may be more familiar with watching a big musical like WICKED from way back in the distance of a large theatre will enjoy the opportunity to see performers up close in the intimacy of the space at the Bennett's Lane Jazz Club, and perhaps experience a whole new genre of theatre.

And after Monday night? Well, Grey certainly hopes to be able to present the show again, but at this stage is waiting to see how the first performance goes and is just very happy that these songs will finally be heard.

"If you’re looking for a piece of musical theatre that will treat you with respect and earn your admiration from honesty, not effects, then take yourself to see Elegies. Yes, it’s that good." – Richard Ouzounian, Theatre Critic, The Star (March 2014).