Downing is a rock and roll Rebel

Most people only dream it; Drew Downing actually did it – he drove America's famous route 66 in a convertible. For most of his journey Downing was alone. It gave him plenty of time to listen to rock and roll music, think about life and meet the locals. As a huge fan of rock and roll, going back to its original roots Downing was living the dream.

Downing wanted to discover the significance of certain events in US history; things like just how impacting was the death of Elvis Presley on Americans? How big was rock and roll? And what was it like to be gay in the 1950's and 1960's? Downing had been warned to be careful about asking questions about being gay, particularly in states like Oklahoma and Texas, but Downing was surprised to discover locals were open to share their stories and experiences of that time.

What Downing learnt about life in that era was that being gay was very difficult. Many did not want to leave their farm life, but instead wanted to stay and follow in their father's footsteps. They didn't want to change their lifestyle. While they may not have openly "come out' as being gay, Downing learnt the locals all pretty much knew who was who and nothing much was ever said. This was an era before technology. An era where secrets could usually remain as secrets. But people still "knew." And they "knew" Rock Hudson was gay. 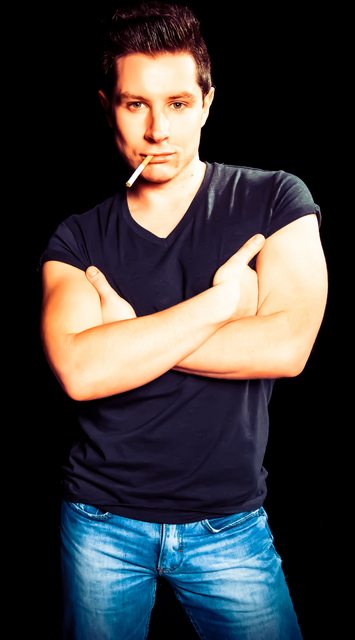 This background forms the basis of Downing's new work Rebel. Rebel is a fictitious rock star in the 1960's who exposes his life of affairs with stars such as Rock Hudson and James Dean. It's a one man cabaret-rock show, supported by a live band. This is a premiere performance of his work and Downing is keen to see how audiences respond to this energetic one hour show, which will be performed at the quirky and intimate Butterfly Club in Melbourne's CBD. Downing sees this as a cross-generational show that will appeal to a wide range of audiences. Downing has a theatre background and has drawn on this to create his show.

Downing says while the show initially seems to be all about being gay, it's not about being gay at all. To understand what he really means by that statement … you'll need to get a ticket and see the show for yourself.

Rebel is performing at The Butterfly Club from January 21st to 26th as part of the Midsumma Festival. This event is only suitable for ages 18+.

For tickets go to www.midsumma.org.au/program/music/drew-downing-rebel

For more information go to: www.drewdowningrebel.com

The Prince of Broadway turns 90