In Blood Wedding, a nameless bride is set to marry her bridegroom, as has always been the way.  This particular bride is an independent woman, bound by both geographical isolation and the traditions of a culture that do not afford women much freedom. She chooses to marry both because it is what is expected, and also, conversely, as an attempt to exert some control over her own life. However, she does not account for the jealousy – or allure – of her former love, the suspicion and fear of her bridegroom’s mother which is steeped in old wounds and resentments, or the growing frustration she feels towards her own circumstances. 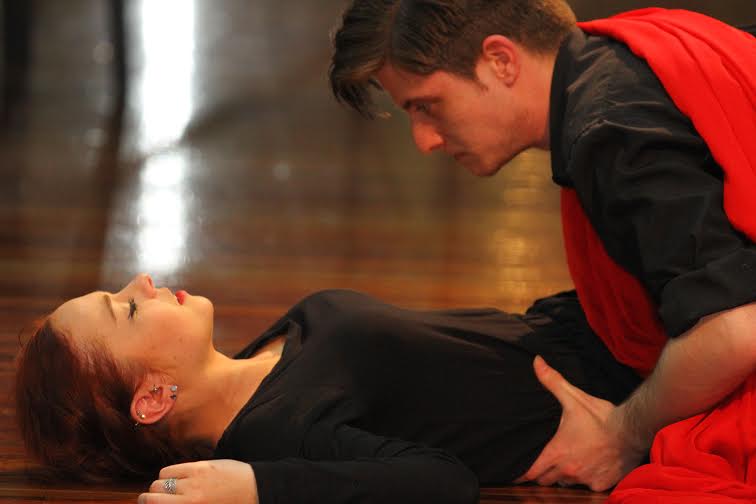 “When Emma, our director, asked me to be part of the show it was a no brainer for me, I've worked with her before and I know that she has great instincts and after reading the script I was proven right in trusting her.” Actor Jett Thomas discussed.

"Audiences can expect a heavily stylized approach to Federico Garcia Lorca's passionate script. We have incorporated Spanish influences into our costumes and make-up, calling back to Lorca’s Spanish heritage. Each costume incorporates a shock of red fabric, which is used creatively and symbolically throughout the production," added Emma Sproule, Director of Blood Wedding.

As to what separates Dionysus to other companies Matthew Dutchman happily replied; "Dionysus is family theatre. All people involved; actors, crew, nymphs (that's right, we have nymphs) get along as a team.  Diyonysus is also known for its unique method of staging its performance."

The production sees a chorus of seven actors performing all twenty roles! In addition to their characters, the actors present a Greek chorus that highlights the classic tragic nature of the play. The production also features flamenco influenced movement sequences designed by Lucy Angell.

" The audience can expect to be immersed in the intimate setting and be drawn into a show that is both beautiful and tragic.” Jett added. 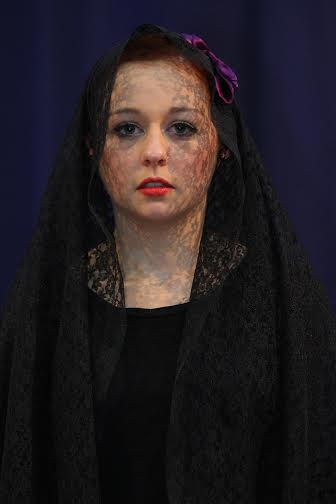 "Dionysus Theatre is committed to providing innovative theatre for audiences, performers and practitioners on the Peninsula. Housed in Frankston but involving people from all over Melbourne, our company is both accessible and affordable. Given that Ancient Greece was the birthplace of Western Theatre, the company takes its name from the patron of Drama; the Greek god of wine, pleasure and fertility (suggesting a great night out). Every year in Athens, festivals were held in Dionysus’ honour, including competitions between playwrights as their comic and tragic works were performed, much drinking and debauchery. We at Dionysus Theatre thought we’d do some theatre and serve some wine, but that perhaps we might just leave it at that for now." 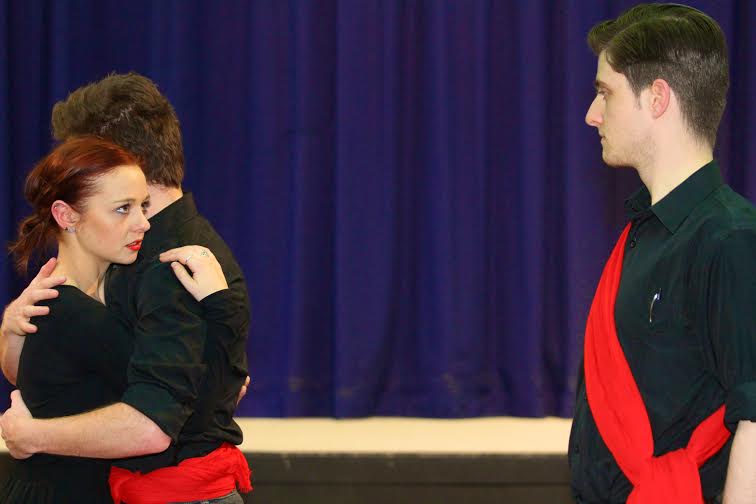 As another unique addition to Dionysus Theatre Emma discussed the use of Nymphs throughout their productions; "Dionysus also had nymphs that frolicked around him and so in a creative twist on the concept, each production for the company also has a couple of its own ‘nymphs’, essentially young yet mature and creative individuals who have shown great initiative in one or more areas of the performing arts. They have, therefore, earned an apprenticeship of sorts to work closely within the company doing roles they may not have otherwise had the opportunity to do and experiencing all facets of what’s required to produce theatre."

Blood Wedding is going to be a stand out show, but its not on long so make sure you don't miss out! Catch Matthew Dutchman, Jett Thomas, Emma Sproule and the rest of the talented cast and crew  Friday 17th October through to Saturday the 25th.

Tickets to Blood Wedding can be found at this link, and you can like Dionysus Theatre on Facebook.

Bringing the Myth to the Stage – MLOC presents ‘Camelot’