David Page to tell his story again in Page 8

Helpmann and Green Room Award winner, David Page is one of 12 children. More specifically he is the 8th child. When his mum once said, “I could write a book about you kids,” the young David asked his mother if he would be page 8? She replied, “No. You're more than a page – you're a whole chapter.” That comment became the idea behind this one-man show about David Page's life: Page 8. 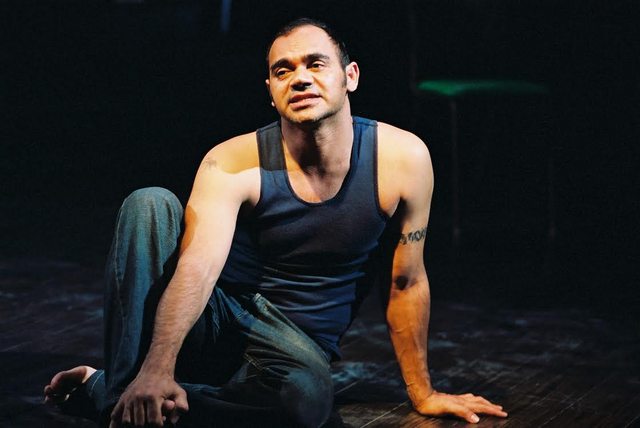 Page 8 first opened in 2004 to rave reviews. It played on and off during the next few years and toured to various parts of Australia and overseas. It seemed timely to bring the show back, ten years later, as part of the celebration of Bangarra Dance Theatre's 25th anniversary. As the resident composer for Bangarra Dance Theatre, David Page is often asked when Page 8 will return, and despite thinking he'd hung up his dresses years ago, it's a show he's happy to return; it's all about family. 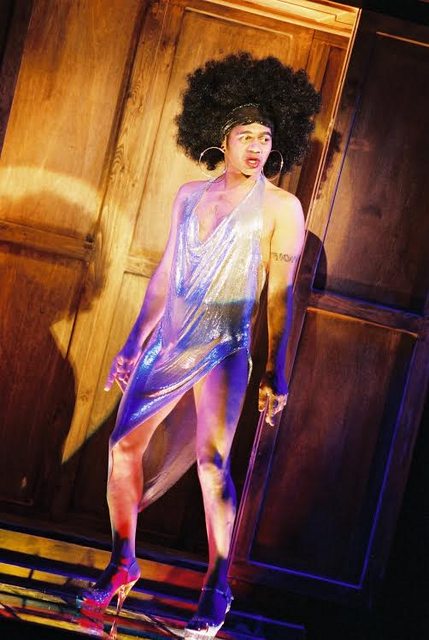 It was David's brother, Stephen Page (Page 8’s Director and Bangarra’s Artistic Director) who first approached him about writing a show about his life. David admits he was reluctant to do this at first because, as he says, he wasn't dead yet and wondered what was really so interesting about his life anyway? But as the script was written David realised it's actually a very interesting story full of parallels – being straight and being gay, being a window dresser and being a concreter, being a child star and being a normal kid. He says it's hard to really explain Page 8, but describes it as a honest show about someone being vulnerable – and about finding the comedy, and strengths, in what was a difficult time.

Page 8 is not just the journey of David Page, it's also about the people who helped him along the way and so the show is about respecting and celebrating all of this. The inspiration for this show were his beautiful parents, and David acknowledges there is quite a sense of nostalgia as he performs it again – his Dad has passed away and his mum is now in a nursing home. But his parents leave a lasting legacy in not only their 12 children, but also in their 158 grand, great-grand and great-great-grand children!

Page 8 is a show about story-telling, because as David explains, “Black fellas are really good at story telling. We never wrote anything down but we can verbally tell a story. We can paint it, we can sing it, we can play it instrumentally – it's all orally.” 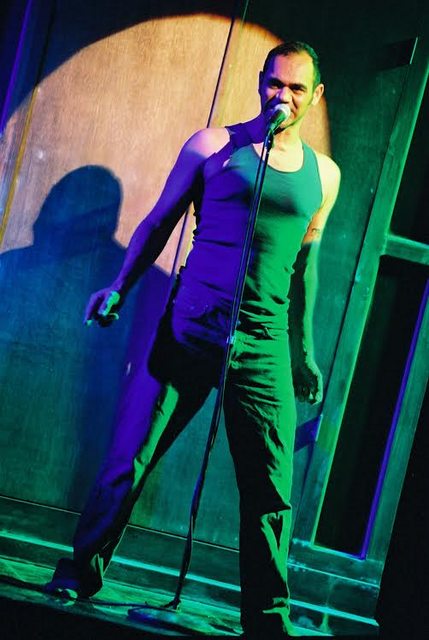 I asked David about his use of the phrase, “black fella.” He refers to it as simply urban slang. He's a black fella. What he doesn't like being referred to is as simply being "Aboriginal" or "Indigenous." He's a descendant of the Nunkul people and the Munaldjali clan of the Yugambeh tribe from SE Queensland. With the internet at everyone's fingertips David would like to see people learn more about the black history of Australia and the many different groups within our land, each with their own languages and laws, comparing it to the many nations of Europe or Africa.

“With social media there is no excuse, “ David says. He laughs as he adds, “I'm sure google was a traditional word.”

The show is certainly well structured but as a one-man show, David has the freedom to ad lib if desired. He said he once got bored with the show and added a whole new story – which completely freaked out the stage manager! Every performance will be slightly different as there is always a different energy to each show. He needs to allow the audience to absorb and digest the material and so the timing is always a little different. As he explains, that's the beauty of live theatre – the license to have changes in energy. 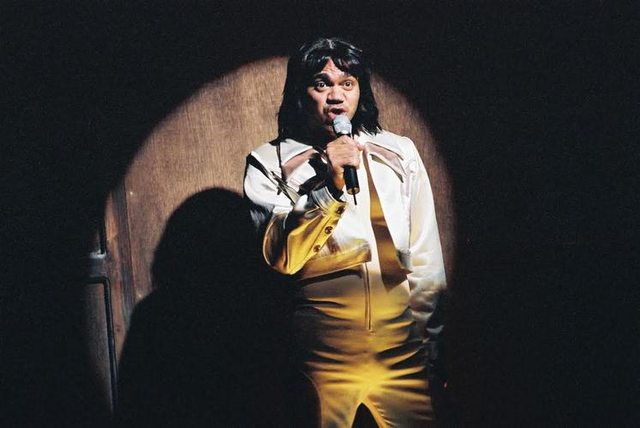 Of course, performing a show about your family can be risky. I asked David what his family thought when they first saw Page 8. David explained the first performance was in Brisbane. As he began to perform, members of his family started to interject with comments of, “That's not how it happened” and tried to explain what they thought had  occurred. The comments kept coming. Finally his father stood up in the front row, yelled out and told the Page mob to, “Shut up and let David get on with the show.” The rest of the audience laughed with delight thinking it was all part of the performance! Page 8 ran for about an extra hour that performance! David says it was probably the best show ever.

After Page 8, other members of the Page family began referring to themselves by number … Page 1, Page 2 etc. David says they were all brought up to perform and his family all have the required energy and interest – and they'd be quite happy to join him on stage. There's probably a lot of other Page stories to tell too. For now, after this Sydney season, there are plans to tour Page 8. David says it will  be just him and two other guys in a truck – like an Aboriginal Priscilla!

Heather Mitchell on STC’s ‘Rosencrantz and Guildenstern are Dead’