The Edinburgh comedy festival is the world’s largest comedy event, and takes place each year as part of the Edinburgh Festival Fringe. It has been a launching pad for many performers; Australian musical comedian Tim Minchin performed at the festival in 2008, prompting a U.K. tour of his show Ready for This?, and a rapid rise in his international popularity, including a tour with the Heritage Orchestra which was the subject of a DVD filmed in the Royal Albert Hall. It’s no wonder, then, that to perform at the festival, with its huge crowds of local and international attendees, is the dream of many up-and-coming Australian comedians. 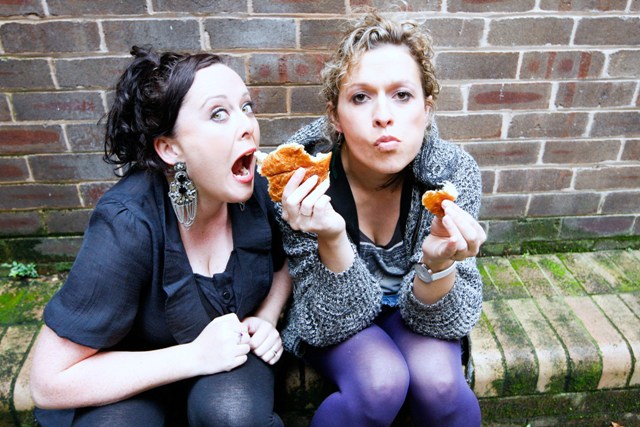 For musical-comedy duo Kellie Higgins and Fiona Della Ca, that dream is coming true this year, as they plan to take their 50-minute show Kelfi & Fikel to the 2013 festival.  TheatrePeople NSW editor Cameron Malcher met with the duo to find out about the journey they’ve taken to get their show into the world-famous event.

The first thing I noted about this pair is their list of qualifications and performing credits in a wide range of forms.  Both have a lifetime of singing and music lessons behind them. Higgins graduated from the BA in Performance at the University of Western Sydney, Nepean, before moving to London to act, teach and seek further training, while Della Ca completed a Theatre & Media degree at Charles Sturt University, before performing with a number of groups including ‘Lady Sings it Better’, as well as numerous Theatre in Education tours, semi-finalist Crantson Cup Impro teams and one Short and Sweet Song performance in 2009 that won her the ‘best actor’ award.

So then why, I ask,  get into comedy? 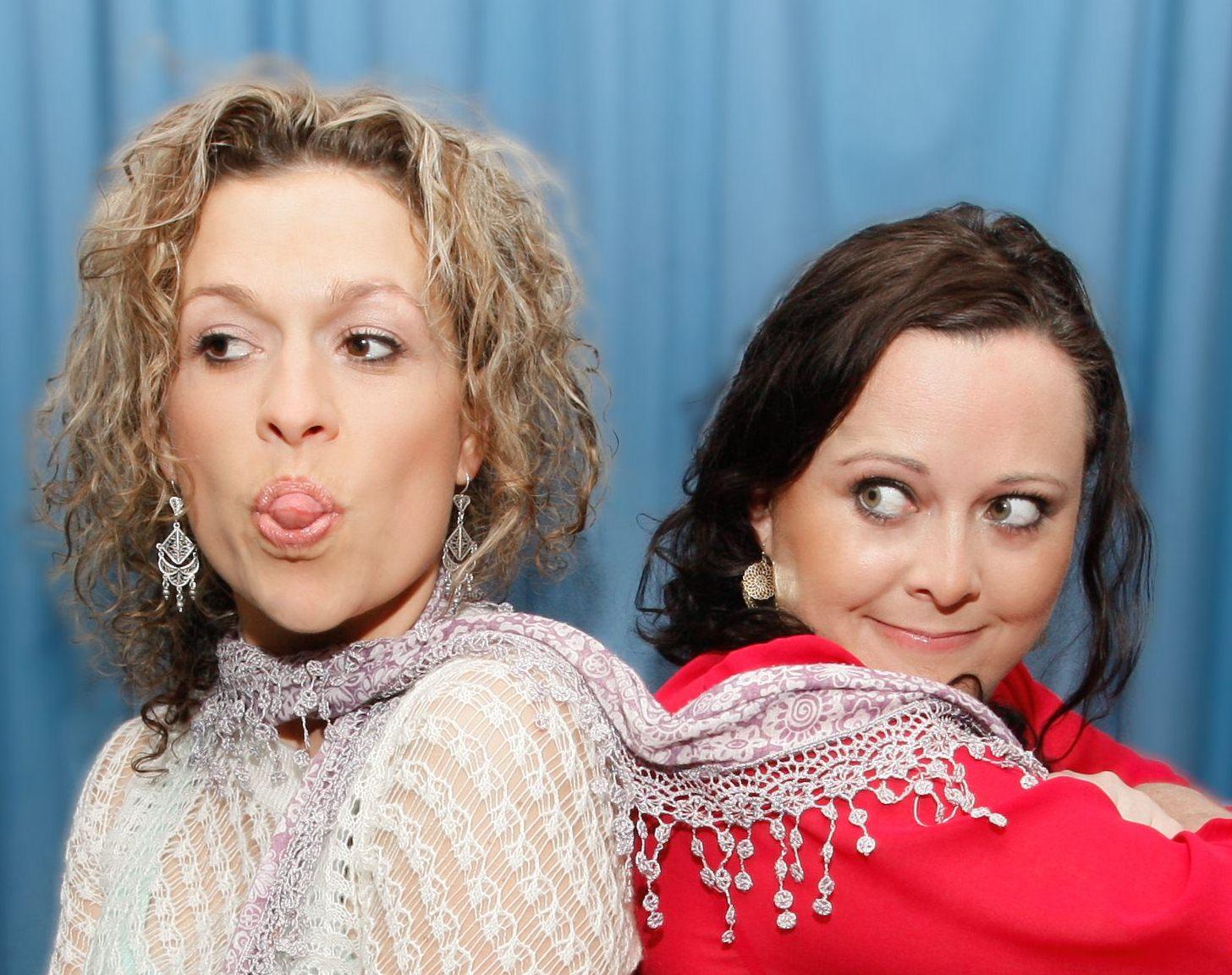 “No one’s ever asked us that!” laughs Della Ca.

“I was in London at the time, and my dad gave Fi a call and said ‘get over there’” says Higgins with a broad smile.

“He called me and said ‘why don’t you move to London’” says Della Ca, “and I said I’d have to sell my car, and he said ‘sell your f*cking car and get over there’”

“So I was in London at the time, just out of uni, and not getting auditions, just getting auditions was hard enough, and we’d always talked about writing something together, and when Fi got over there we said ‘let’s put on a show!’ and… it just worked when we put it on stage.” says Higgins.

“When we’re together we just end up writing funny stuff, we have that kind of friendship.” says Della Ca.

Tell me about the show, Kelfi & Fikel, what’s it like? 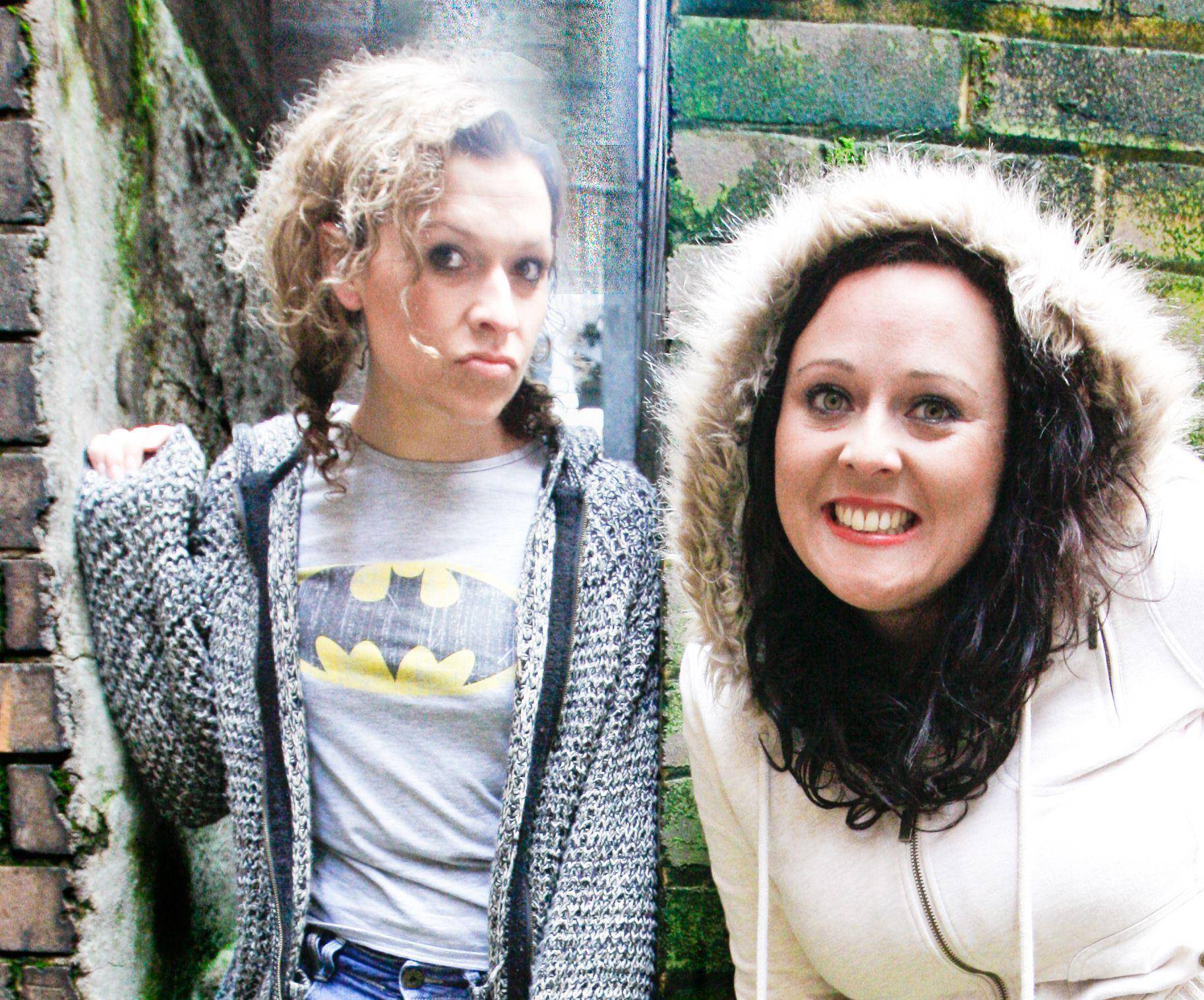 “Quirky, risky, naughty,” says Della Ca, (“Naughty, yes, naughty!” Higgins chimes in with a laugh), In between songs and sketches you get a sense of our relationship, that we’re friends, and we have a very open relationship; we touch each-others breasts on stage, we talk about childhood experiences, going through puberty together, growing up. One reviewer said there is a level of openness in the show… that we talk about things the reviewer didn’t think a lot of people would talk about with their close friends.”


Higgins nods her agreement, “It comes up from a lot of reviewers, or in discussions with friends about the show, that it’s a bit of a contradiction that the show is that we sing well, it sounds pretty, and yet what we are singing about, if you saw it on paper… reviewers will say ‘oh you sound lovely, and you look normal, but what you’re singing about…!’”

“We have a warped sense of humour,” Della Ca explains “We do find very similar senses of humour, and we have a rule that if we find something funny then it’s going in the show.”

“we do have some bits in the show that we know hasn’t gotten a laugh yet,” Higgins admits, “but they will!”

“We have a rule that don’t just try something once,” Higgins adds, “we give it a shot with two or three different audiences.”

On the subject of how they developed the show, they tell me about how they first tested material in London in 2007 at the Canal Café Theatre and then performed another show at the same venue in 2008. During which time Della Ca travelled back and forth from Australia before moving back permanently, and It wasn’t until Higgins came back to Australian in 2011 for a family wedding that they decided to give it a ‘real go’.


The first full show was performed in July 2011 at the Roxbury Hotel in Glebe and have been performing and developing the show for 18 months since.


After a year and a half of sporadic performances, some runs and some individual nights, they still feel really positive an energised about performing in comedy.


“It’s less competitive.” Says Higgins, “In acting, you might have five amazing actresses going for the one role, but on Comedy you can decide who you are and no one else is going to be doing that, everyone can be part of a show without competing. People are also more willing to give you another go, if they see you and think you’re not that great they might they’ll just say ‘ah, you’ve had a bad gig’ and let you try again.”


The first full run of Kelfi & Fikel took place at the Butterfly Club in Melbourne, and the chance to perform 12 shows in a run rather than single gigs gave the two a good sense of how their material worked with different audiences. Most of all, its given them the determination to keep going.

So what about the decision to take the show to Edinburgh?

“It’s always been a goal, it’s where you go to be exposed to the world of comedy, and an amazing place to meet other comedians and be immersed in it all. It’s also a yearly thing to do as a comedian, to network and to be seen.” Says Della Ca. 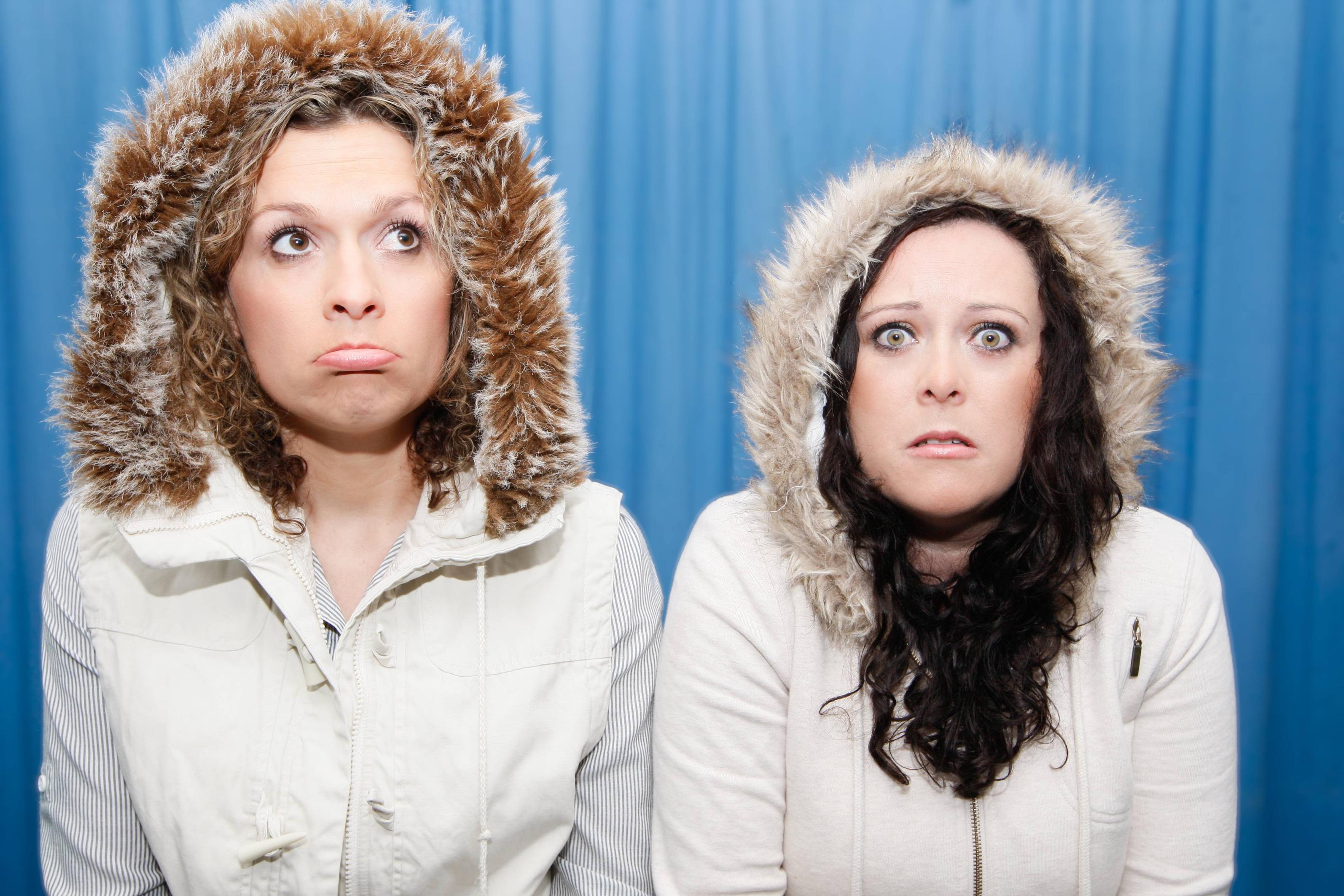 “I think for us it’s also about goal setting.” Says Higgins “Fiona was actually meant to go to Edinburgh in 2012 with a really great group called Lady Sings it Better, but it was becoming a conflict of interests with what we were doing and the time required to prepare for two shows. I had been wanting to go back to London, but then Fi decided to pull out of (Lady Sings it Better), though I never asked her to, and so I decided to stay in Australia and that was when we got really locked into making it work.”

“Edinburgh is the dream for so many reasons.” Says Della Ca, “I remember reading one statistic that said you’d have to spend 35 years just to watch all the shows that are on in one festival. It’s such a world of creative people, artists and directors.”

Performers have to apply for inclusion in the festival, sending in video clips and materials to the organising body. Festival organisers also scout Australian shows, “mostly Adelaide, I think” says Della Ca “but also some to Melbourne”.

Once an act is accepted, however, it’s still not an easy ride. Performers have to spend their days handing out flyers and getting people to their show, and the process of application requires performers to secure a venue and a timeslot – not the easiest task to do from Australia. “Registrations close in April, though, so we have until then to secure a venue” says Della Ca. “We’ve got a couple of people working on producing Edinburgh for us, though, and we’re trying to come at it form as many different angles as possible.”

Before then, the duo are performing at the Melbourne Comedy Festival, starting in late March.

“We performed there last year at the Butterfly Club and had an amazing time” says Higgins, “But this time we’re on in at The Fad Gallery in the centre of Melbourne, and we’ve got a really good time at 6:30 pm. We’re also on every night of the festival, doing 19 shows, including Tuesday nights which is Cheap-Ass Tuesday’s, so the shows are only ten dollars.”

So what are the biggest challenges they face on the road to fulfilling the dream?

“Money,” they both laugh “and juggling stuff like work and life with writing and rehearsing”.

“We’re both looking forward to the day when we’re not having to support ourselves through other means so that all of our time can be spent on the show. Sometimes the biggest struggle is coming home from working a full day and then being able to be switched on enough to create,” says Della Ca.

“Sometimes being creative together can be a struggle, and sometimes it can be hard to treat it like a business without our relationship interfering,” says Higgins.

“But then it’s also a bonus that’s different to someone doing solo stand-up because we have someone else there to bounce ideas off, “says Della Ca.

Finally, I ask, what drives them forward?

“The love of performing”, they both agree.

“…as well as the fun of doing something original,” adds Della Ca, “as an actor you’re performing someone else’s material, and there’s something really exciting about doing your own stuff.”


“…and you feel a bit like the naughty kid at a party being told to stop and sit down, but we’re saying ‘no!’ and keep on going” says Higgins.

“And since we’ve started working together our relationship, both friendship wise, creatively and business wise, is only getting stronger. We’re working better together as a team and just getting stronger in every sense,” says Della Ca.

Kelfi & Fikel is performing as part of the Melbourne Comedy Festival, starting on March 27. Click Here for more info and tickets.

For Sydney-siders, they have a preview show on at the Glebe Hotel on Monday, 25 Feb. Entry by donation. Click here for the facebook event page.

Putting the ‘Community’ Back Into Theatre