Children in Theatre: Preparation for the Audition

Quite a number of popular musicals include roles for children – whether the role is a significant leading role, a small supporting role or simply being part of the ensemble. Despite the cuteness “ahhhh” factor that the youngest cast members can bring to a show (think of the four year olds in the cast of The King and I,) audiences expect a quality performance regardless of the age of the cast. Clearly it is vital to select the right children for the roles – which means it’s all about the audition process. So how do children land these plum roles? Well, according to Queenie van de Zandt the key is preparation.

Growing up in Canberra, van de Zandt says she had no idea how you could be part of the entertainment industry. Watching television programs such as Young Talent Time and seeing children performing was like being in another universe. When she arrived in Sydney and began auditioning for musicals van de Zandt says she did everything wrong. She even admits turning up to her very first audition without any sheet music. David Atkins took pity on her, gave her some sheet music and warned her never to turn up to an audition without music ever again! She began to learn through trial and error, and considerable personal reflection, how to audition correctly. She also observed other incredibly talented performers audition badly and miss out on roles for which they should be well suited. After ten years of being part of the ensemble scene, she finally worked out the keys to a successful audition and began being offered leading roles. Van de Zandt realised she now had a golden nugget of wisdom and wanted to share this with others who were starting out in the industry. So she began to teach and conduct workshops, establishing a reputation of being the person to go to for audition help and advice.

One look at van de Zandt’s Facebook page and you notice many questions from parents asking about the upcoming auditions for Matilda. The show will require children of various ages and assorted “shapes and sizes,” providing an opportunity for a broader range of talented children than most other shows. To help prepare the children for these auditions, van de Zandt must first know the show herself. She has her own preparation work to complete before she can teach any of it to the children. Being part of the theatre industry herself, she has the benefit of connections to industry people that vocal or dance teachers may not have. 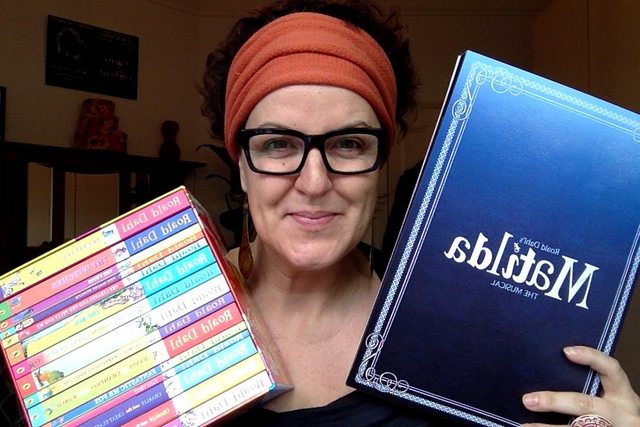 Originally, van de Zandt began teaching on a one-to-one basis and had mostly children as clients. She then realised how much more time and cost effective it would be for parents to simply take their children to a one-off workshop – and so the workshop format was created. It also provides an opportunity for the children to work together in a fun atmosphere.

Over the years, van de Zandt has read about fifteen books on audition techniques as well as performance psychology and how it applies to the performing arts. While it’s a popular and well recognised need within sports, she says psychology is often overlooked in the arts. She says it’s all about a performer’s own self esteem and confidence, along with their ability to control their nerves. She teaches children the ability to focus deeply and  visualise the event. 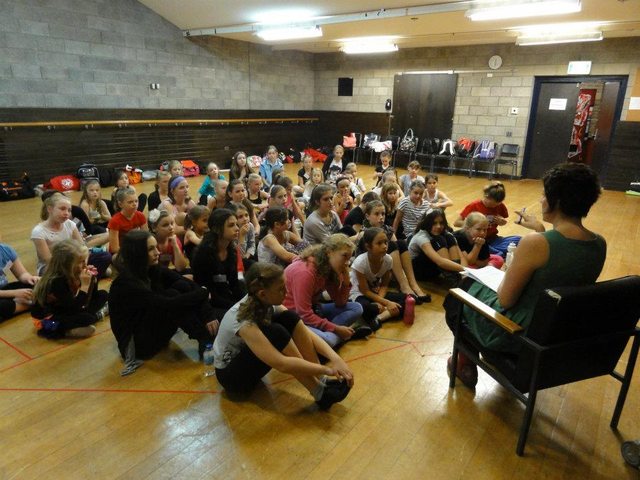 Van de Zandt admits producers advise children there is “no need to prepare” for an upcoming audition. They want the children to be flexible and able to respond quickly to directorial input. If a child as memorised one way to present a song and is unable to change when asked, they will not be considered. Preparing for an audition is about preparing the right way, not simply memorising a song and dance routine. Van de Zandt teaches the children to be flexible and responsive – and this is an important element of the preparation for an audition.

Van de Zandt teaches the children everything from not looking at the floor during the audition, to being flexible with their material, to dealing with rejection. The children are effectively taken through an audition process, with a performance being presented at the end of the workshop for the parents. Children are “auditioned” through the workshop and a small number have the opportunity to present an item as a lead performer. The end result is that all the participants of her workshop have experienced what an audition might actually feel like.

She also educates the parents on the audition process. Van de Zandt advises parents not to send in a DVD of their child with ten different headshots and not to have their children so drilled into learning a song in a particular way that they can’t change when requested. Although she encounters the occasional stage mum – and dad – she says most parents just want the best for their kids and once they understand how the system works they are fine.

Van de Zandt also believes life balance is important for children – and having an afternoon off to play in the local park with friends could be much more important than taking an additional tap class.

She knows what she’s talking about. Although she doesn’t want to blow her own trumpet, the reality is that the children who have participated in van de Zandt’s audition preparation workshops have dominated the children’s roles in professional musicals for more than a decade. It is clear that knowing how to audition and being appropriately prepared is vital for success.

Our fascinating conversation comes to an end as one of van de Zandt’s regular students arrives for her lesson … it’s one of the girls playing the young Cosette from the current production of Les Miserables. With a huge smile on her face as she walks in for her lesson it’s apparent this is a young girl who loves what she is doing and loves learning from her teacher. I left them to their lesson, feeling much more enlightened. If only I had an upcoming audition …

Bridgette Burton’s Play About Hurting The One You Love

Rennie returns to the director’s chair for Only heaven knows

Johanna Allen performs The Songs That Got Away

Fab Nobs come into their own Spring Awakening