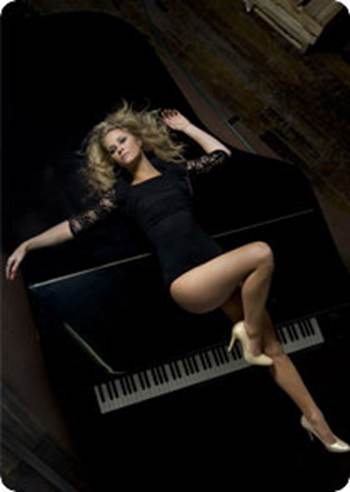 Hilariously funny and strangely touching, Britney Spears: The Cabaret is a satirical look at the perils of fame by award-winning writer/director Dean Bryant. The musical direction of Mathew Frank sees Britney’s hits transformed into cabaret songs, and seamlessly intertwined into the fabric of her life story.

Christie Whelan Browne has wowed critics and audiences in the lead role of Xanadu: The Musical in Melbourne. She has received critical praise and awards for her roles in shows including Company and The Drowsy Chaperone, and The Importance Of Being Earnest. Christie recently finished her season opposite Geoffrey Rush for a third time in A Funny Thing Happened On The Way To The Forum at Her Majesty’s Theatre, Melbourne and most recently has been seen in the role of Janet in The Rocky Horror Show.

Dean Bryant and Mathew Frank have co-written several award-winning musicals, and have worked extensively together as director and musical director, most recently on Next To Normal at the MTC.

"Dean Bryant's Britney Spears: The Cabaret is ingenious. Humanising its subject, the show is more than an hilarious piss-take, reaching beyond comedy to reveal an uncomfortable truth about celebrity culture and those who consume it." – The Age

"Hilariously sad and sadly hilarious… An eye-opening journey into the existence of one of the most successful commercial bodies on earth." – Sydney Morning Herald

– The Chapel at Chapel Off Chapel

WIN TICKETS – “IF IT BLEEDS: The Christine Chubbuck Story”