Australian professional premiere of Violet to open at Hayes Theatre

BLUE SAINT PRODUCTIONS in association with 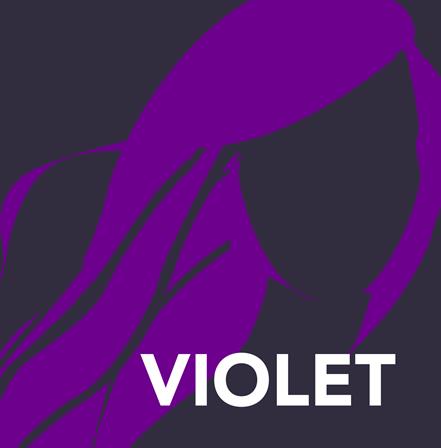 The Australian Premier of VIOLET

Blue Saint Productions in association with Hayes Theatre Co are thrilled to premiere the 2014 Broadway revival of VIOLET in Australia.

VIOLET is a musical with music by Jeanine Tesori and libretto by Brian Crawley based on the short story The Ugliest Pilgrim by Doris Betts. It tells the story of a young disfigured woman who embarks on a journey by bus from her farm in Spruce Pine, North Carolina, all the way to Tulsa, Oklahoma in order to be healed.

"Blues Saint Productions is thrilled to be bringing to Australia for the first time,” said producer Damien Bermingham of Blue Saint Productions. “The Broadway revival adaptation of this exquisite musical.  Often Musicals are described as having heart and never has that been more true than with Violet. A stunning show with a compelling book and beautiful score that will have audiences laughing and crying, often at the same time. We can't wait to share Violet's journey with everyone".

VIOLET will be directed by Mitchell Butel with Musical Direction by Lucy Bermingham (Strictly Ballroom and Guilty Pleasures), Choreography by Amy Campbell (Guilty Pleasures and SYTYCD) and Set Design by Simon Greer (Man of La Mancha).

"I was knocked out by this incredible show when I saw it on Broadway, said Mitchell Butel who will direct VIOLET.  “Jeanine Tesori is one of my favourite music theatre composers – her score for the Tony Kushner musical Caroline or Change was a landmark – but this score has even more electricity. Brilliant blues, gospel and country flavours in service of a story that is tough, human, slyly comic, moving and truly transformative. Watching it, I was already dreaming of a new take on the show with an Australian cast and I'm completely thrilled to be on board to help create that new version”

The cast of VIOLET will be announced soon.

When a show works it tugs you insistently into its universe. This journey unfolds a half-century ago, but you don’t have to look far to see that the idea that life can change dramatically and devastatingly in a flash. What you do next becomes the question — and it makes Violet evergreen. – NY Daily News

The writing here quickly establishes that this is not some provincially-ethnic score but the real thing, so very good that one wonders how Violet could have been so overlooked for so long. The score continues in this vein with a wide variety of song types for different configurations, all of them arresting. Standouts include the rousing "Let It Sing"; a sweet lullaby, "Lay Down Your Head"; and the big final number, "Look at Me." – Huffington Post

Violet integrates a number of styles, from gospel and bluegrass to Memphis blues….  Ms. Tesori has a fine hand for harmonies and counterpoint…. – The New York Times