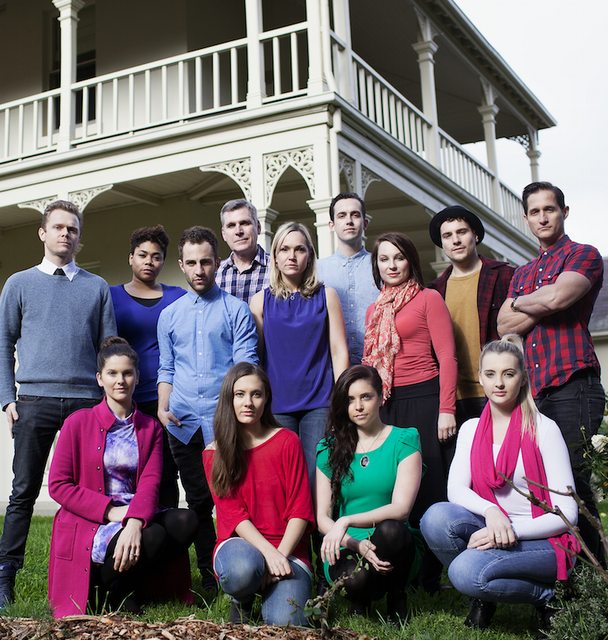 The Collective will present the first Australian professional production of Tony Award winning composer Jason Robert Brown's rousing musical drama PARADE, the tragic true story of a man accused of murder, at 45 Downstairs from September 17 to 28, 2014.

PARADE opened on Broadway in December 1998 and received multiple Tony and Drama Desk nominations and wins that season – including Tony Awards for Best Book, by Pulitzer Prize winning writer Alfred Uhry (DRIVING MISS DAISY), and Best Score, for Jason Robert Brown (SONGS FOR A NEW WORLD, THE LAST FIVE YEARS, 13, THE BRIDGES OF MADISON COUNTY), as well as Drama Desk Awards for Outstanding Actor and Actress in a Musical. The Collective will present the London Donmar Warehouse version of PARADE, which premiered in 2007 and features additional songs.

Amid religious intolerance, political injustice and racial tension, PARADE explores the endurance of love and hope against all the odds. It is a moving examination of one of the darkest corners of America's history. Daring, innovative and bold, PARADE is filled with soaring music and a heart-wrenching story, offering a moral lesson about the dangers of prejudice and ignorance that should not be forgotten.

PARADE tells the controversial yet true story of the 1913 trial of Jewish factory manager Leo Frank, who was accused and convicted of raping and murdering a thirteen-year-old employee, Mary Phagan, in Atlanta, Georgia. The show's title refers to the annual parade held on Confederate Memorial Day, for it was on that day in 1913 that the murder took place. The parade (which is seen at the start, middle and end of the musical to mark the passing of years) was a rallying point for proud Southerners still affected by their defeat in the Civil War.

The creative team for this production will include James Cutler as director, with musical direction by Cameron Thomas and choreography by David Harford.

Tickets are $45 full and $40 concession (all prices include booking fee). For the preview performance on Wednesday 17th September all tickets are $35.

Jekyll and Hyde set for Australia

Cameron Daddo will return to Melbourne this June for The Haunting.