For 2014, Sydney Theatre Company promises Hugo Weaving as a charismatic Macbeth in a totally transformed Sydney Theatre; Richard Roxburgh coaches Ryan Corr in the art of poetic seduction in Cyrano de Bergerac; a feisty Bryan Brown sweeps Greta Scacchi off her feet in the heartfelt Travelling North; Marcus Graham, Genevieve Lemon and Tracy Mann are farcical in the riotous Noises Off; and the Russians are coming in the form of Justine Clarke, Jacqueline McKenzie and Helen Thomson in Gorky’s Children of the Sun.

Bryan Brown plays Frank, a cranky old curmudgeon who falls in love with Frances, played by Greta Scacchi, in David Williamson’s deeply moving comedy, Travelling North.  It’s the early 1970s; Vietnam is a background noise, a change of government is in the air, and Frances’ children are horrified and more than a little inconvenienced when the old bugger spirits their mother away to warmer climes.  Andrew Upton directs STC’s first ever production of this 1979 classic about a twilight love affair, with its insightful ruminations on youth, vigour, aging and death.

“There has never been a more brilliantly conceived machine for generating helpless audience laughter than the classic Noises Off,” claimed the UK’s Independent last year.  In Michael Frayn’s masterpiece an incompetent cast attempts to overcome their own ineptitude, injury, alcoholism, romantic rivalries and tied-together shoe laces  to stage a distinctly creaky old farce called Nothing On. Unlike Frayn’s fictional players, director Jonathan Biggins has assembled a crack team of highly accomplished actors including Marcus Graham, Genevieve Lemon, Tracy Mann and Josh McConville, to bring this technically intricate farce about a farce to hysterical life.

With text by Alexander Devriendt and the cast

At each performance of Fight Night, every audience member holds the power in the palms of their own hands, invited to vote with electronic devices for their favourite candidate amongst five actors on stage. Elections are nothing more than a theatrical game here as  the maverick Belgian collective Ontroerend Goed makes another welcome return to STC, collaborating with Adelaide’s The Border Project, directed by Alexander Devriendt (A History of Everything, Once and for all We’re Gonna Tell You Who We Are so Shut Up And Listen). At its recent Edinburgh premiere, one reviewer celebrated Fight Night as “a cross between Big Brother and an Italian general election … a study of the dynamics of voting systems but one which is utterly compelling and fun”.

From Marius von Mayenburg, one of Germany’s most produced playwrights, Perplex is a funny and intriguing play about the capriciousness of reality and identity. When Eva and Robert return from their holiday even the plants look mysteriously different and friends who were meant to have taken care of things in their absence appear to be inhabiting their lives. As more transformations occur, the actors might be playing musical chairs with their characters, groping for assurance and security in a constantly disintegrating reality. Fresh from her success with Mrs Warren’s Profession, director Sarah Giles, who won a Sydney Theatre Award for her production of Mayenburg’s The Ugly One, directs this gem of contemporary absurdism.

Set in the nascent rock ‘n’ roll scene of the 1950s, Mojo follows a gang of testosterone-fuelled teddy boys and gangsters led by Colin Moody as they battle for control of teen singing idol, Silver Johnny (Jeremy Davidson of blues-rock outfit The Snowdroppers, making his stage debut). Brutally funny, this influential work by Jez Butterworth (Jerusalem) was his Olivier Award-winning breakthrough play, premiering at the Royal Court in 1995 before transferring to the West End where it is soon to have another major revival. Iain Sinclair (Our Town, Blood Wedding) directs STC’s staging as Wharf 1 transforms into the seedy Soho nightclub, The Atlantic.

Inspired by a true story, M.Rock is a new play about the power of music, the joy of dancing and the importance of letting go, by Lachlan Philpott (Silent Disco). When 18-year-old Tracy finishes school she buys a round-the-world ticket and flies off to see the world, high on the thrill of clubbing.  As Mabel sets off on a quest to find her precious granddaughter, the last thing she expects to uncover is her own inner DJ.  A collaboration with Australian Theatre for Young People directed by Fraser Corfield, with a live DJ pumping the energy of the dancefloor into the veins of the theatre, the cast of  M.Rock includes Valerie Bader (Australia Day).

Premiering at London’s National Theatre at the end of 2012, The Effect is “an astonishingly rich and rewarding play, as intelligent as it is richly felt” (Daily Telegraph, UK) by one of Britain’s brightest young playwrights, Lucy Prebble (Enron).  Two young drug-test volunteers take part in a trial examining the effects of a new anti-depressant.  As the doses become stronger, they become attracted to each other and struggle to discover if their feelings are real or a side effect.  Sarah Goodes (The Splinter, Edward Gant’s Amazing Feats of Loneliness) directs STC’s captivating co-production with Queensland Theatre Company with a cast led by Angie Milliken as the overseeing physician who must contend with the unruly feelings of her charges.

Hugo Weaving plays a particularly charismatic serial killer in Shakespeare’s master class in diabolical ambition, guilt and paranoia, Macbeth; one of the major highlights of the Australian stage in 2014.  The production is staged (by director Kip Williams, designer Alice Babidge and lighting designer Nick Schlieper) in a radically reconfigured Sydney Theatre with the entire action taking  place on a set designed for the auditorium, while the audience will relish all the evil from seating blocks on the stage. 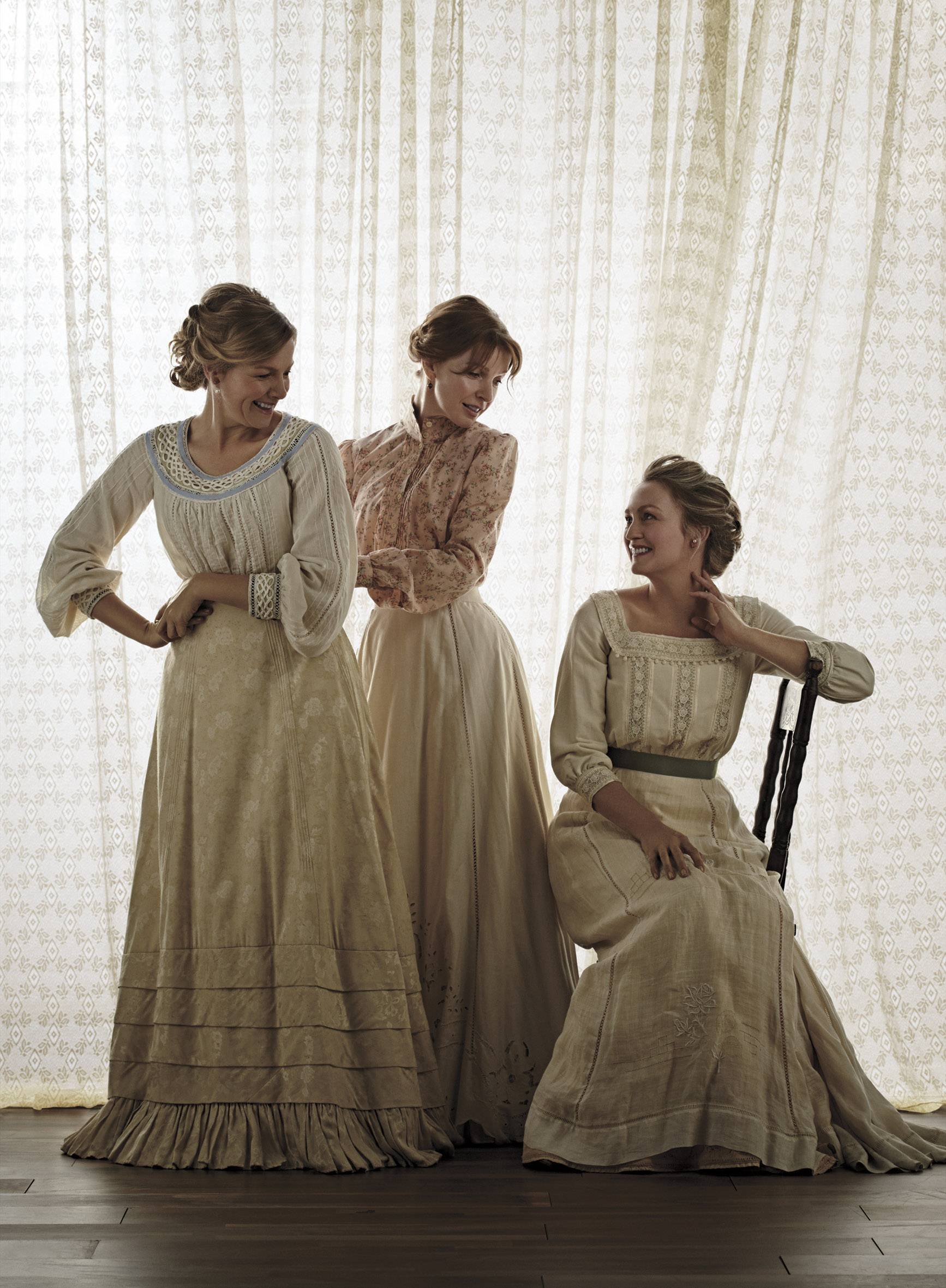 CHILDREN OF THE SUN

in a new version by Andrew Upton

Jacqueline McKenzie, Justine Clarke and Helen Thomson are a formidable trio in Maxim Gorky’s tragicomedy Children of the Sun, in a new version by Andrew Upton commissioned by and presented at London’s National Theatre in 2013. Even though he’s the head of a middle class Russian family in 1905, the lovable but absent-minded Protasov wants only to immerse himself in chemical experiments. He’s oblivious to the suspicious amount of time his alienated wife (Justine Clarke) is spending with his artist friend; just as he is blind to the amorous advances of an increasingly desperate widow (Helen Thomson). But beyond the amusing family intrigues and thwarted romances, only his perceptive sister (Jacqueline McKenzie) feels the peasant’s suffering and anticipates a devastating political explosion. Also confirmed for the last cast are Ben Winspear and Chris Ryan.

Commissioned by Sydney Theatre Company, Sue Smith (Mabo, Brides of Christ) has created a cerebral and thrilling play for the ‘Asian Century’. Dylan, a carefree and charismatic Aussie bloke enjoys a fleeting flirtation with Lian, a shy international student at Sydney Univesity. Years later their paths cross again when he is a politician whose career is on the rise, and she is living back in China as a senior executive. Against crosscurrents of politics, economics and scandal the stakes are higher than they could ever have imagined as they attempt to bridge the cultural gap.  Directed by Geordie Brookman, Kryptonite is co-produced with State Theatre Company of South Australia.

By Sisters Grimm. Created by Ash Flanders and Declan Greene

Sisters Grimm (aka Ash Flanders and Declan Greene) return to Wharf 2 with the inimitable Paul Capsis as a delicious new accompaniment. Taking their DIY drag and high camp comic bite to hilarious new lows, the silver-screen diva is front and centre for Calpurnia Descending.  Amidst gangsters and chorus girls, between depression and delusion, Capsis embodies all the faded razzle dazzle and touching pathos of a woman whose time has been, but whose life is far from over.  In the wings stands Violet St Clair, with cheekbones that cut glass and a body to hold on to. A co-production with Malthouse Theatre, the Sydney season will be followed by performances in Melbourne.

Following the success of Fury in 2013, playwright Joanna Murray-Smith, director Andrew Upton and actor Sarah Peirse  join forces again for a suspenseful new thriller; a fictional postulation of an episode in the life of Patricia Highsmith.  The spiky novelist, best known for her creation of the very talented con artist Tom Ripley, receives an unexpected visitor at her home in Switzerland  – a young man sent by her publisher with the purpose of extracting one last Ripley novel from her before she dies.  Switzerland cunningly explores what happens when the spark of life that a writer puts into a character has the potential to set off a fire and destroy more than it creates. 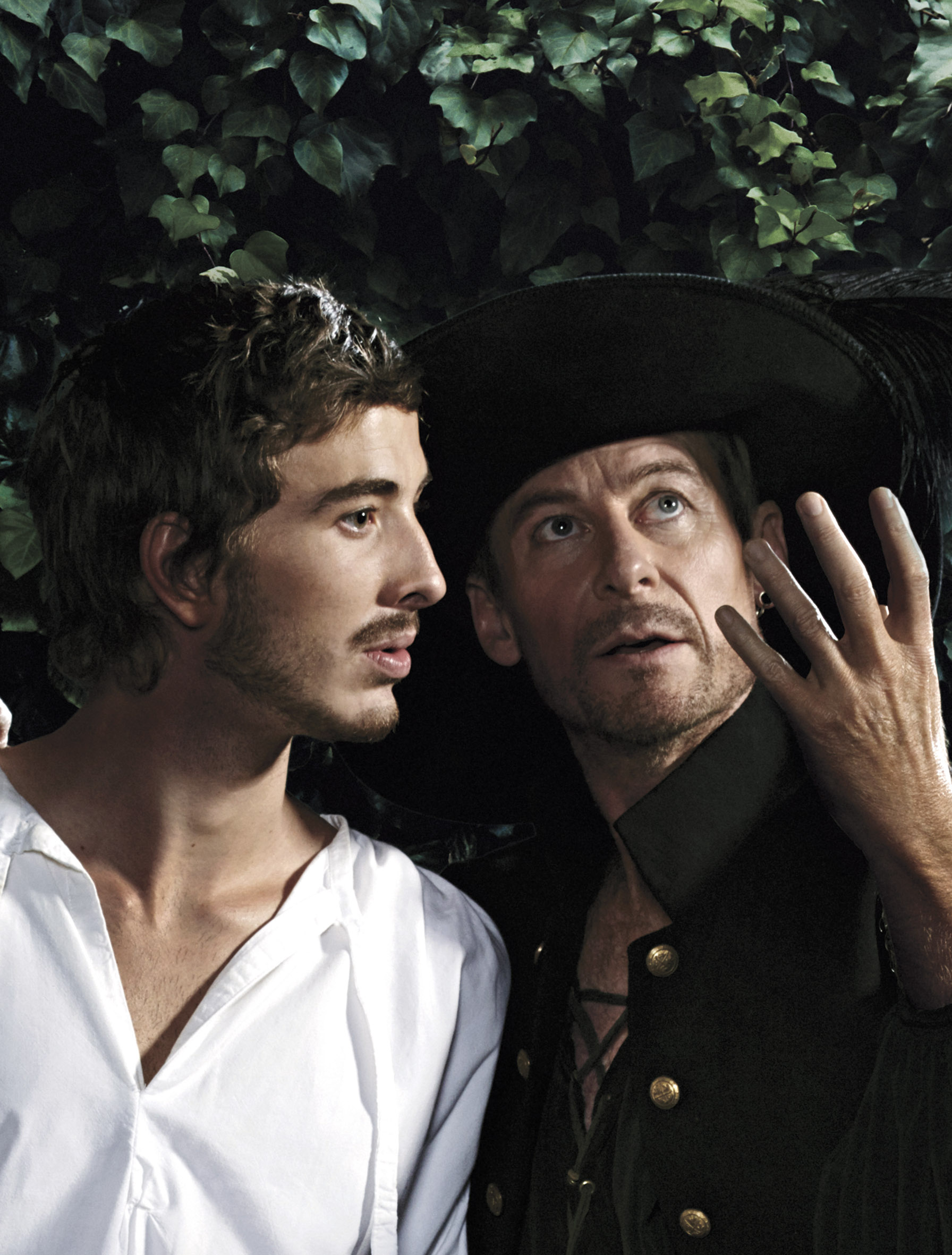 The soulful clown who captured hearts in STC’s Uncle Vanya, the witty social observer adored in Rake and the heroic leading man who dazzles in countless films … so many of Richard Roxburgh’s exceptional talents will come together in his portrayal of the title character in Edmond Rostand’s Cyrano de Bergerac. Cursed with an enormous nose, Cyrano has resigned himself to experience love vicariously. And so, despite his feelings for the beautiful Roxane (Eryn Jean Norvill), he agrees to help his handsome but tongue-tied friend Christian (Ryan Corr) win her heart. Olivier Award-winning British director Lindsay Posner makes his Australian debut with a sumptuous new production of the adaptation that marked Andrew Upton’s entrée to STC in 1999.

STC embarks on an historic partnership with the Australian Defence Force to present a major new work, The Long Way Home, in Sydney and on an extensive national tour. Capturing the stories of servicemen and women, in particular those who have sustained wounds, injury or illness as a result of service, the new play reflects experiences on operations in Iraq, Afghanistan and East Timor as well as humanitarian and disaster relief and protecting Australia’s borders. Director Stephen Rayne and multi-award-winning writer Daniel Keene shape a powerful piece of theatre featuring servicemen and women alongside professional actors for a truly unique theatre story of national significance, in the centenary year of the start of the Great War.

Based on the books by Carlo Collodi

A rollicking revision of the classic tale of a boy who must prove he can tell the truth, Pinocchio is given a 21st Century spin and retold as a witty, music theatre spectacular. For kids brought up on Australian Idol, this fable of conscience and belonging is given a new dimension by those imaginative makers of theatre for young people, Windmill Theatre , the team that created the Wizard of Oz and the multi-Helpmann Award-winning School Dance. Rosemary Myers directs a wonderfully physical production for all the family.

Everyone’s favourite lampoonists return in their 15th year for a special edition of The Wharf Revue packed full of their trademark irreverent and anarchic political satire. Jonathan Biggins, Amanda Bishop, Drew Forsythe and Phillip Scott deliver another all-new, up-to-the-minute dose of their keenly observed comic sketches, including some of the most – and least! – loved public figures paraded in all their glory. Keating, Gillard, Howard, Hawke, Rudd and Abbott and many more. This brilliant blend of side-splitting sketches and musical mayhem never fails to amuse.

2014 Season Tickets are on sale from 9am on Tuesday 17 September.

A Brief History of Theatre in India

The Night Alive premieres at The Old Fitz Theatre

Left Leg offers a leg up for Music Theatre Performers