Dirty Rotten Scoundrels, the musical, is based on the 1988 film, with music and lyrics by David Yazbek and book by Jeffrey Lane. Nominated for 11 Tony Awards, including Best Musical, this hilarious Broadway musical will open in Sydney later this month.

Dirty Rotten Scoundrels centres on two con men on the French Riviera. The first is the suave, sophisticated and successful Lawrence Jameson, the other, a small-time crook named Freddy Benson. When Freddy threatens to expose Lawrence’s operation, Lawrence begrudgingly agrees to take him under his wing and tutor him in the ‘art of the con’. The pair join forces and successfully work the Riviera until Freddy, frustrated by his apprentice ‘monkey boy’ role abandons the partnership and starts to compete with Lawrence, it soon becoming apparent that the small French town of Beumont sur Mer isn’t big enough for the two of them. They agree on a bet, the first one to extract $50,000 from a young female ‘soap’ heiress, Christine Colgate wins and gets to stay, the other must leave town forever. 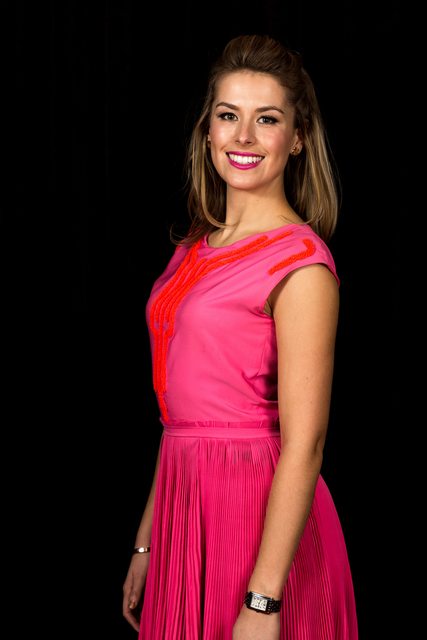 Amy Lehpamer took some time out from rehearsals to talk about her role as Christine Colgate. It's a role she has played before for Melbourne's The Production Company back in 2009. It was Lehpamer's first leading role, and while she is very proud of this work, she feels she left with unfinished business.

In 2011, Lehpamer gained great attention, and a lot of fans, with her Helpmann and Green Room Award nominated role of Sherrie in Rock of Ages. She was the 2011 winner for Theatre People's Best Female Actor in a Musical award. In 2012, Lehpamer created the title role in the new Australian musical Margaret Fulton: Queen of the Dessert for Theatreworks, receiving widespread critical acclaim and earlier this year reprised her role in Shane Warne – The Musical.

Lehpamer is revelling in the opportunity to reprise this role of Christine Colgate, a role she describes as being extraordinary and one she has always dreamed of revisiting. She has learnt a lot since her first portrayal and she is aware many performers never get to do this.

Also reprising his role in this witty production is Matt Hetherington. Lehpamer says Hetherington was born for this role. Joining him as the other scoundrel, is Tony Sheldon. Lehpamer laughs as she shares that Sheldon and Hetherington work so well together they are now synchronising sentences.

Lehpamer says there is an incredible energy in the rehearsal room and such a high work ethic. She says everyone in the room has something to contribute. Also joining this star-studded cast are John Wood and Anne Wood. It's hard to imagine a better cast.

With opening night just weeks away, Lehpamer is looking forward to the preview shows which will allow the cast to test out the comedic timing with an audience. With such an experienced and talented cast, a clever and witty story and a bright musical score, Dirty Rotten Scoundrels is promising to be an event not to be missed!

Tickets are available at http://dirtyrottenscoundrels.com.au/tickets/

FAME cast ready to give audiences something to remember