A new musical for a new theatre

will launch the newest theatre in Melbourne!

What better way to launch a new theatre in Melbourne than with the world premiere of a brand new, Australian musical comedy?  The idea behind Sexercise – The Musical came from a book, “Sexercise,” written by Aleksander Vass and first published in 1999. It's a very funny cartoon book on the topic of how sex can be classified as exercise, complete with calories burnt for particular techniques, positions or locations. (I will admit I picked up a copy of the book at the media launch of this new musical…)

Producer Malcolm Cooke happened to notice a copy of the book when meeting with Vass one day about a different project. Vass told Cooke he could take the book, not realising this gesture would ultimately result in a full musical production. Cooke loved the concept and commissioned writer and composer Derek Rowe, to create a new musical based on the subject of the book, sex as an exercise, and Sexercise – The Musical was born.

It's one thing to write a new musical – but this show comes with a whole new theatre! As Cooke explains, “I invited Alex to co-produce Sexercise – The Musical with me and he not only agreed but built a new theatre in which to properly launch it,” Malcolm Cooke said.

“Alex recognised the need for smaller theatres to create and launch original new works for the commercial theatre, and thanks to him Melbourne will now have the perfect ‘Off Broadway’ theatre complex in The Alex.”

Sexercise – The Musical has been written and produced in Melbourne and where better to open than in the new Alex Theatre, one of three theatres built in the former George Cinema complex in Fitzroy St, St Kilda. The Alex Theatres include a 500 seat theatre, a 300 seat theatre and a 250 seat studio/rehearsal space. The rehearsal space is large enough to accommodate the rehearsal needs of a full musical production. The theatres also have the capacity to be used as cinemas. It's a fantastic new multi-purpose theatre venue and will create an arts hub for St Kilda. 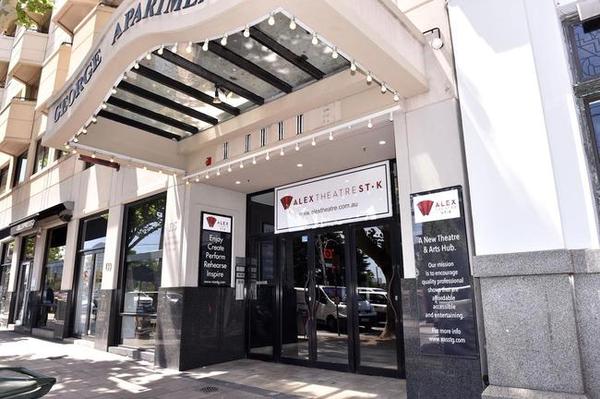 Sexercise – The Musical is a fresh, fun and flirty musical that explores a couple's journey to repair their relationship. The story centres around married professional mid-30s couple Joe (Lyall Brooks) and Sam (Nicole Melloy). In their fast-paced world there is no place for seduction amid the juggling of school runs, work schedules and their personal exercise regimes. Joe and Sam are failing to deliver to each other what they used to give away so freely – time, affection, spontaneity and, of course, sex. As well as attending therapy, Joe and Sam have well-meaning friends Tania (Lulu McClatchy), Shane (Kristin Holland) and Andy (Cameron MacDonald) trying to help them work through their problems.

At couples’ therapy Joe and Sam take a new approach to repairing their relationship when their counsellor, Rhonda (Fem Belling), offers them a self-help book about sexercise. Why work out as individuals when they can burn kilojoules together to stay fit and find happiness? Sexercise – The Musical tackles a topic that has been proven to have many health benefits. Sexercise not only lowers your blood pressure and tones up your muscles, it can strengthen your relationship. (Yes – these are actually proven facts.) 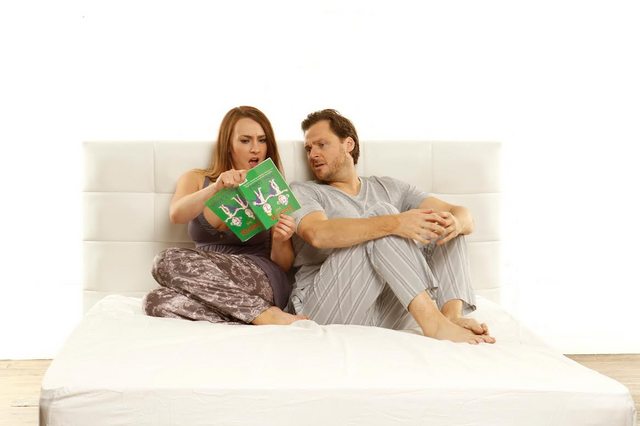 I caught up with one of the stars of the show, Lulu McLatchy about this new musical. Lulu McClatchy is already well known for her role as Supergirly in her hit cabaret show Supergirly: Return of the Pop Princess. Sexercise – The Musical will be quite a different role, although she admits it's now the third time she's been cast as the lesbian in a show and laughs as she wonders if she is now being typecast? McClatchy, and fellow cast member Lyall Brooks, participated in the workshop of this musical so she is already very familiar with the story and the role. She describes her role of Tania has being a very funny role, with  some great songs to sing and she's looking forward to the season. 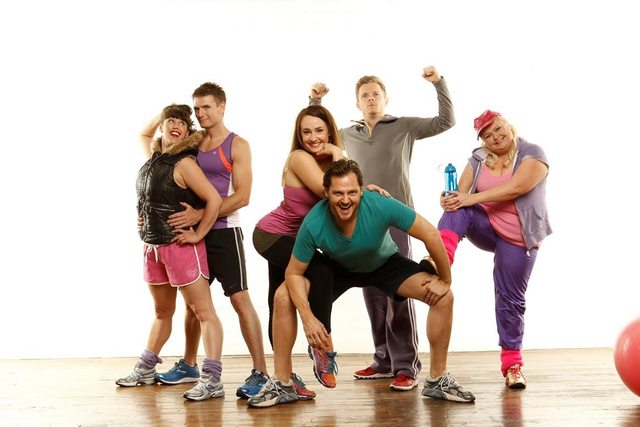 McClatchy can understand people's immediate reaction to the publicity photos for the musical and assume it's a story about three couples rather than centering around just one couple. She likes the fact it's not your typical Friends cast, explaining it's normal to have people in your life that are not in relationships. McClatchy herself is a single mum but says there is so much in the show she can relate to from past relationships or what friends are going through.

The fact it's just one couple and their friends also gives the show a broader appeal. Older people will be able to reflect back on what they went through over the years, while younger people starting out in relationships will identify with the struggles. Singles can just have a good laugh at the dramas couples face.

While it's clearly aimed at an adult audience, and there are some obviously adult themes in the show, McClatchy says Sexercise – The Musical is not as full on as it sounds. In fact, McClatchy feels the title is probably the naughiest part and really hopes the name of the show doesn't put people off. It's somewhat of a risky title to give a new show, but the connection to the book of the same name makes sense. It's a fun and playful show and audiences can expect to have a good laugh.

For more details about the new Alex Theatres: http://www.alextheatrestk.com/

Returning to the Industry – The Spotlight on Jacqueline Irvine

Janet Dimelow Recreates One Of The Most Fascinating Literary Characters Of The Modern age.