A look at today’s East End photo shoot in Melbourne

What does it take to bring the cast and crew of four major musicals, all in full costume, together for a photo shoot on the steps of Parliament House? While the cast of The King and I simply walked across the road, the casts of Les Miserables. Wicked and Rocky Horror Show all arrived by bus. Wardrobe teams carefully carried costume dresses in bags, continually glancing up at the sky to see if the Melbourne weather would hold. Thankfully it did! 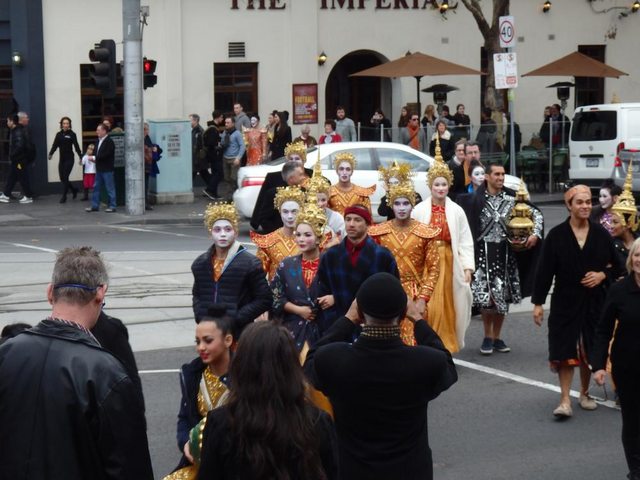 It was quite a spectacle for the bystanders on Melbourne's Spring Street. 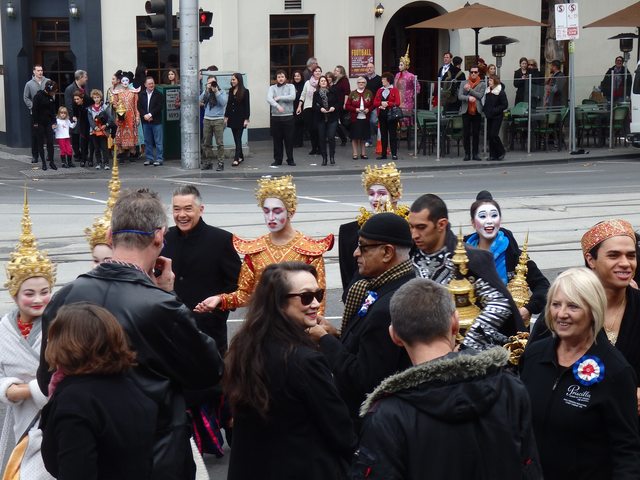 It was certainly a colourful event … the cast and crew of The King and I in their red and golden hues, 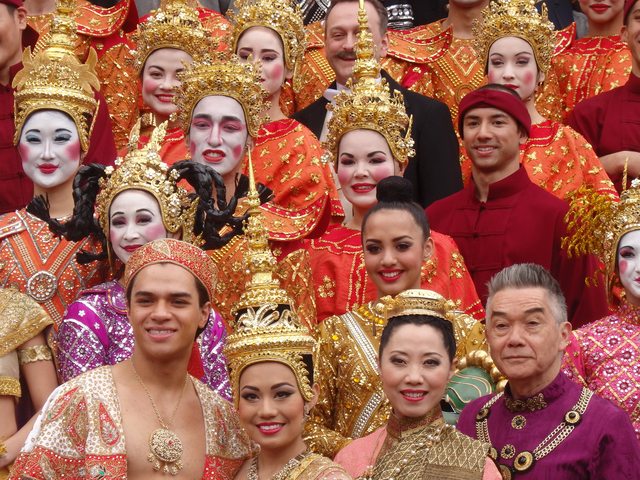 The cast of Wicked in their emerald green, 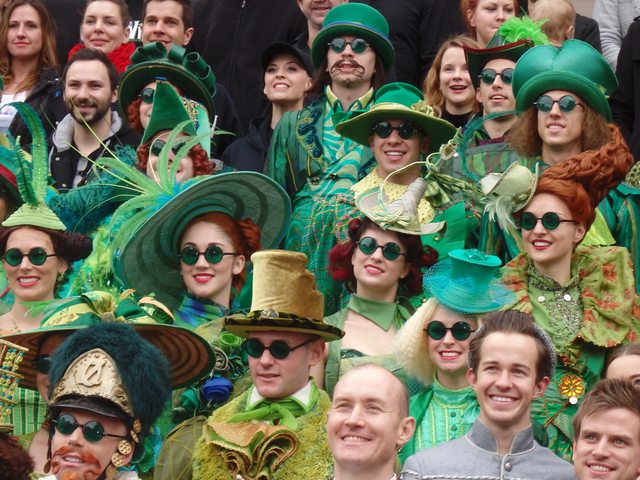 The cast of Rocky Horror in their black and red. 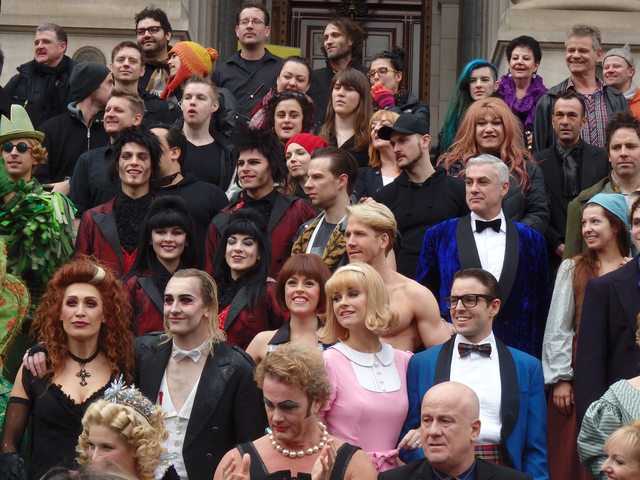 They were joined by the students of the uprising. 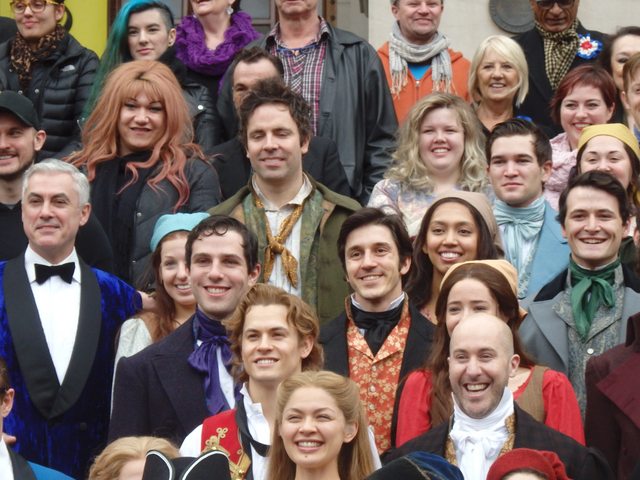 It was a day when Paris met Siam. 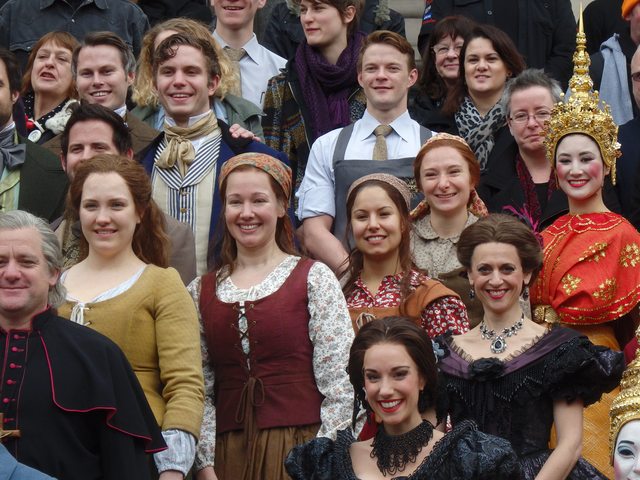 Crew members from each show also joined in the photo shoot. 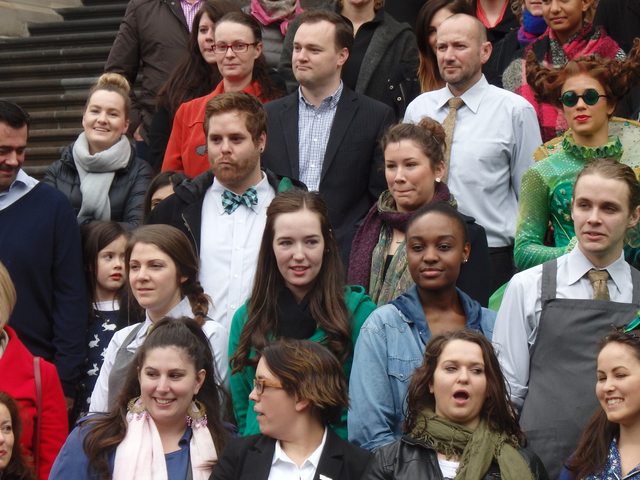 It's not often you see Frank'n'furter (Craig McLachlan) and Javert (Hayden Tee) together. 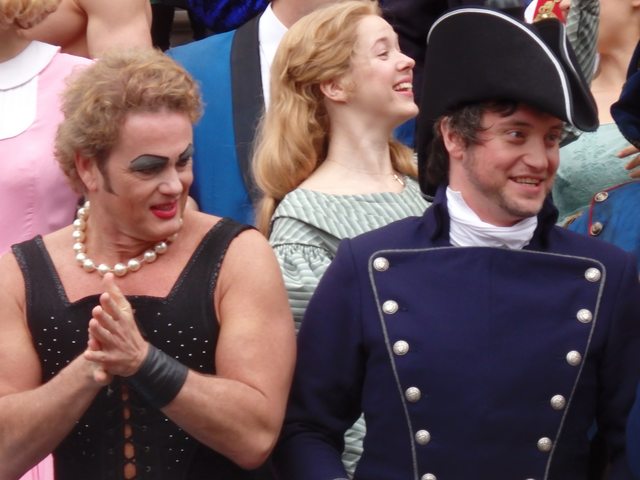 Lou Diamond Philips was welcomed to celebrate this special day. 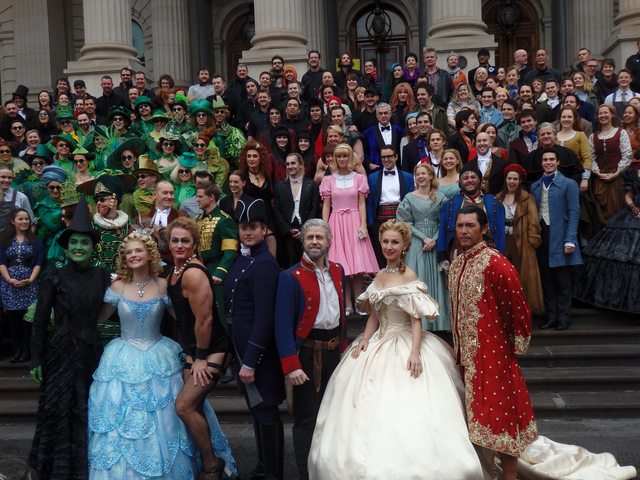 And then the mayhem and hilarity broke out. 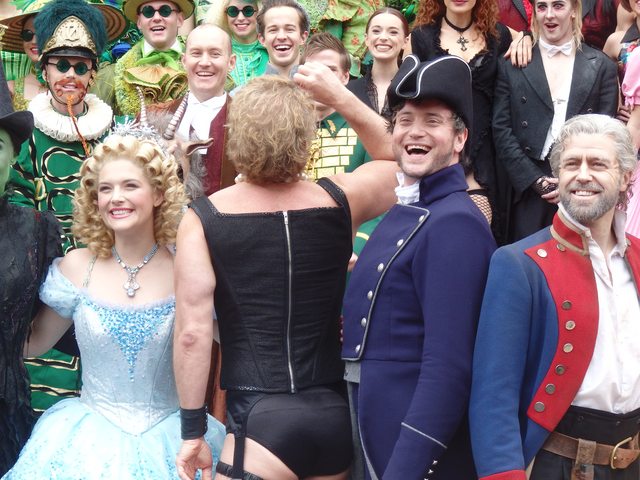 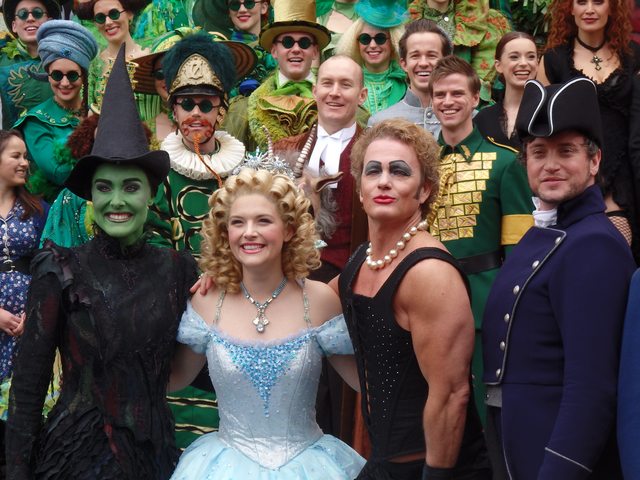 Lou Diamond Philips joined in on the fun. 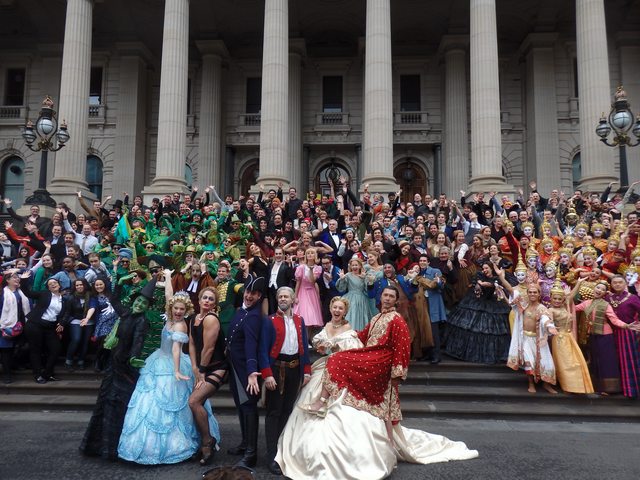 It was a time for laughter. 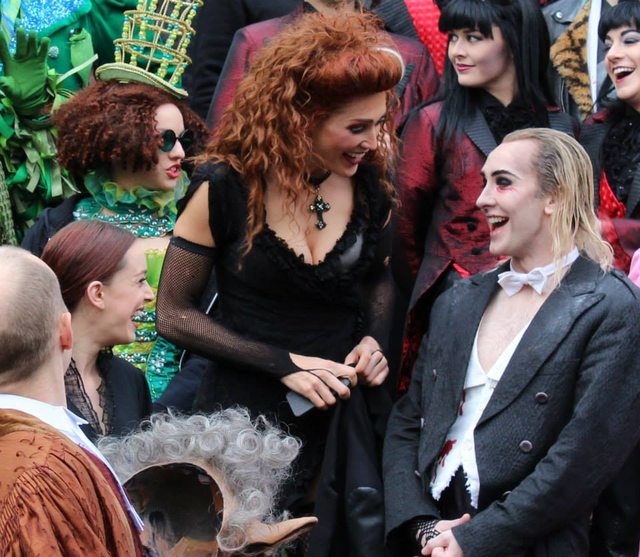 And a time for taking selfies … 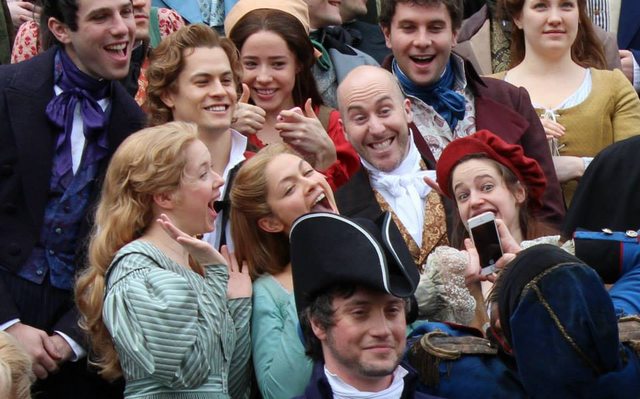 It was a time to catch up with friends – Glinda (Lucy Durack) and Janet (Christie Whelan Browne.) 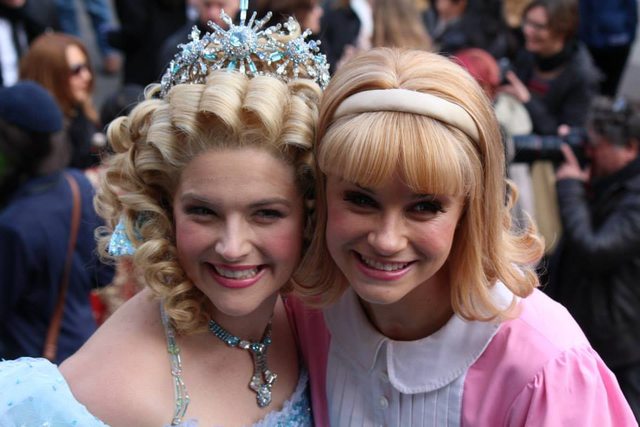 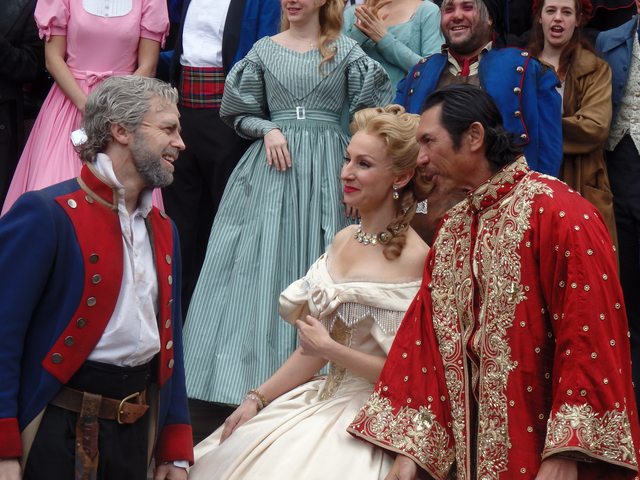 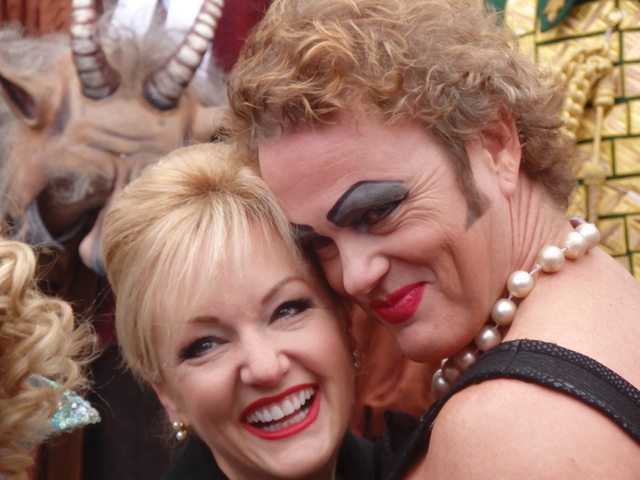 And then it was time for Heidi to move away … 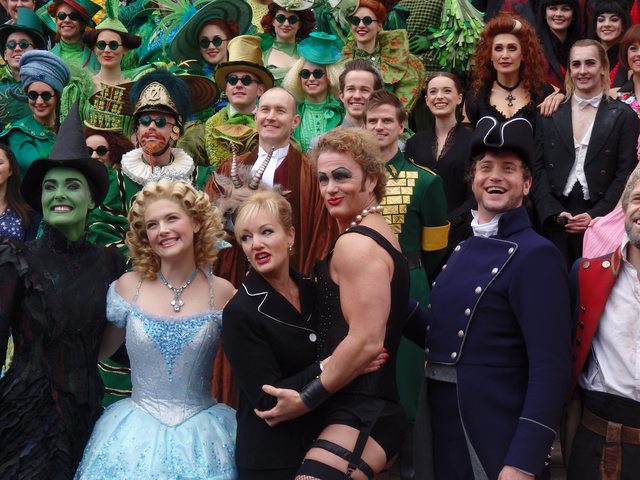 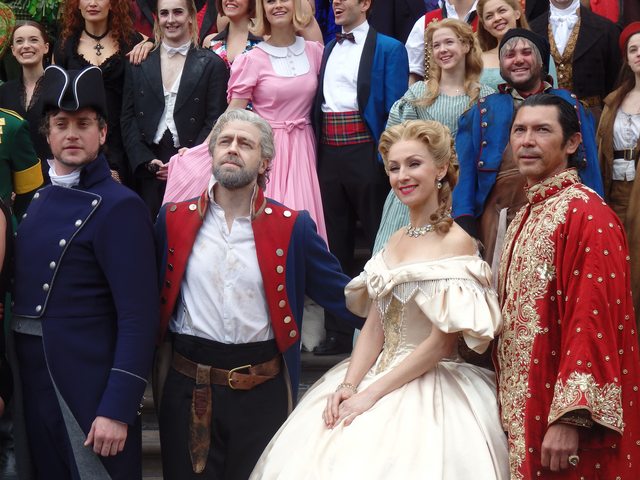 A final photo with Leah Howard who had brought them all together and made this historic moment happen. 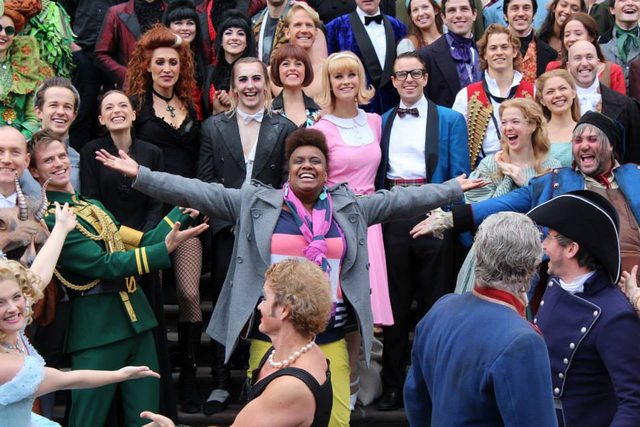 Time for a few final photos before heading back for the matinee performances – Janet clearly has a bit of dress envy. 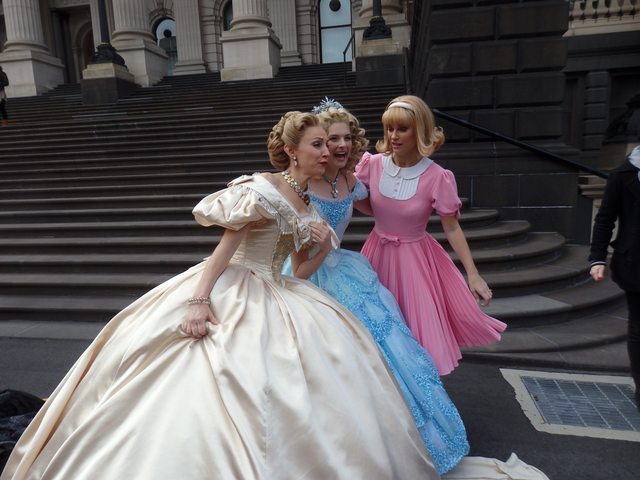 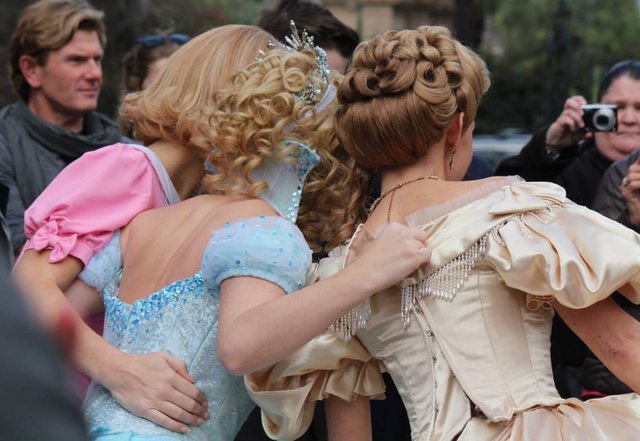 For the fans who came to witness this historic event it was definitely worth it. 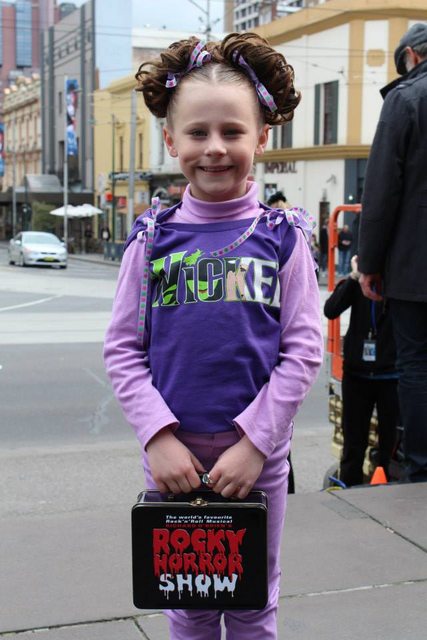 And this is the final official photo (by John Lee:)

Priscilla – Diary of a Broadway Opening

Anyone can join the Fringe Wives Club, And There Are Only Three Rules…